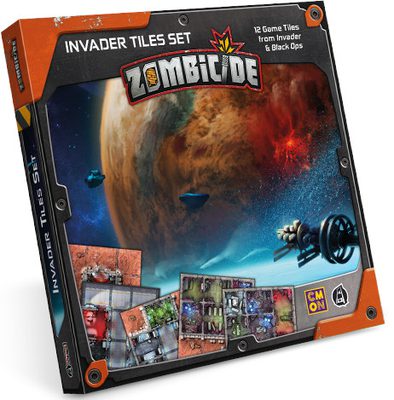 PK-L7 is a large planet, with many different mining operations dotted across its surface. Some of these complexes grew to be huge, sprawling many miles. When the Xenos started attacking, none of these bases were safe from the rampaging hordes. With Survivors spread all over the planet and resources stretched thin, is there any hope that anyone will make it off the surface alive?

The Zombicide: Invader Tiles Set gives players new options when creating custom scenarios. It has the nine double-sided tiles from the Zombicide: Invader core box, as well as the three double-sided tiles from the Black Ops expansion. These twelve tiles can allow players to create truly epic scenarios or use both sides of a particular tile when creating missions.