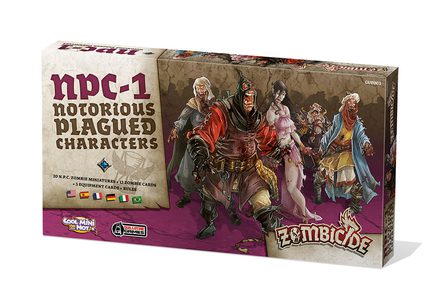 The zombie invasion has thrown down the feudal society. Lords and peasants are now equal facing death, and must stand side by side to survive. Battling zombies, however, has nice side effects: you can bring down some notorious zombies you always wanted to get revenge from. These special foes are called NPCs, for Notorious Plagued Characters, and killing them may bring some nice rewards!

This box contains twenty NPC zombie miniatures to hunt, twelve Zombie cards to get them on the board, rules to play them, and three special weapons!