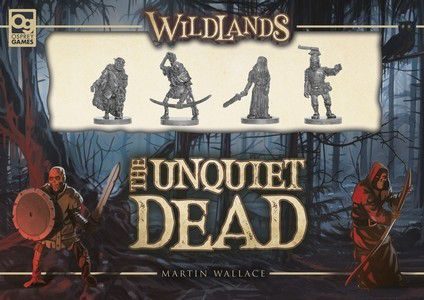 Within the Wildlands the word is spreading--the dead have not finished with the living. Refusing to yield to their own mortality, a nightmarish gang of undead miscreants have taken to the battlefield, striking fear into the hearts of all who oppose them.

The Unquiet Dead introduces a new faction to Martin Wallace's Wildlands with the unique mechanic of common activation. Undead characters share activation symbols, giving players an aggressive new play style. The faction pack also includes an option for players to use the undead as non-player characters, with more undead flooding the board as battle rages.

Please note that this expansion requires a copy of Wildlands.