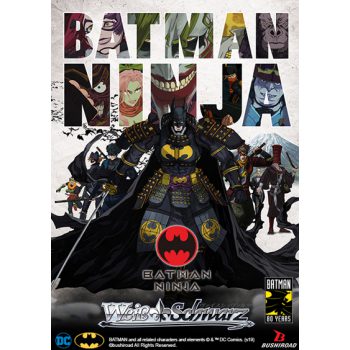 What…? Where am I? What happened?

Batman finds himself on a new battlefield: the Weiß Schwarz stage!

Batman and his allies gather to plan a counter-offensive against their opponents! How will the Bat fare against the characters from other worlds and timelines? Your skill will decide their fate!

This deck features: Batman, Catwoman, Nightwing, Robin, Red Robin, and Red Hood, and may be used together with an card whose number begins with with「BNJ/」

Parallel cards are randomly sealed into decks, and every deck contains 2 shiny SR cards! In addition, each deck you purchase gives you the chance to obtain either a [RRR] Rare card with special embossing or [SP] card signed by the voice cast!