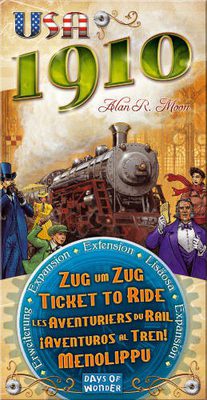 The rulebook is from the original game designer Alan R. Moon that gives you three additional different ways to play the game: