Thunderstone Quest: At the Foundations of the World 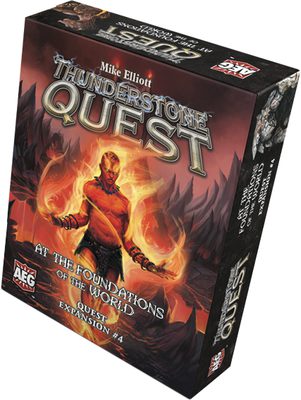 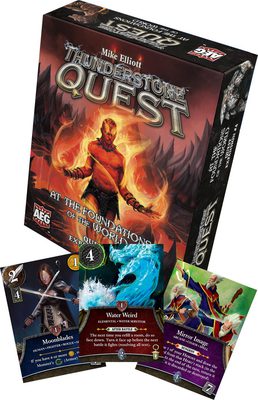 Thunderstone Quest: At the Foundations of the World is the fourth quest in the newly-released reimplementation of the classic deckbuilding game Thunderstone Quest. This expansion consists of a selection of dungeon tiles and monster cards that create an engaging storyline. Every Quest includes rules for selecting Village and Dungeon cards to create a variety of Adventures, and after you've mastered each Quest you may use random setups of Quest cards to create new Dungeons and Villages - building your own Quests and Adventures!

The box contains 6 dungeon tiles, 25 dividers, randomizers, and 243 cards, including 6 heroes, 6 monsters, 12 support items, treasure and three versions of the Guardian, each of slightly different difficulty, meaning that different Adventures within the Quest have a scaling challenge.

With this expansion you can add up to two more players for a grand maximum of six players!

You will need a copy of the Thunderstone Quest base game in order to play this retail-only quest expansion.