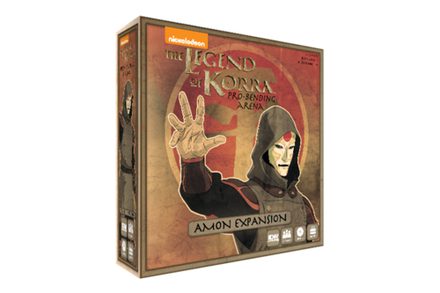 Amon's Invasion is an expansion for The Legend of Korra: Pro-bending Arena. The expansion adds 3 modes to your core game.

Mode 1: "And the Winner is..." is a Co-Op scenario where players join forces to fight off Amon's Equalist forces.

Mode 2: Avatar Korra (Solo Bender) lets a player be Avatar Korra and play her as a single team or incorporate her into "And the Winner is..." with another player controlling to other benders.