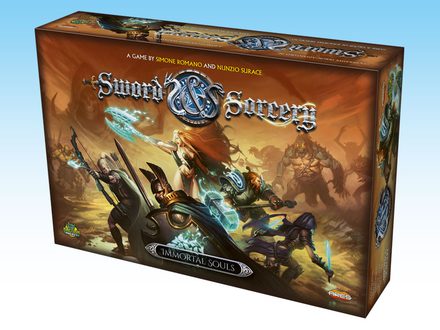 Five heroes awoke from the dead and were made immortal to save the kingdom from the rise of darkness...

In Sword & Sorcery: Immortal Souls, up to five players control one or more of these legendary characters brought back to life by powerful sorcery, to fight against the forces of evil, controlled by the game itself.

Heroes grow stronger during their story-driven quests. Along the battles, they acquire soul points that regenerate their souls, restoring their legendary status with multiple powers, magic and soul weapons, and powerful artifacts. An innovative A.I. system allows the control and management of enemies by the players, giving them intelligent behavior and creating interesting battles every time, with no Game Master required.

There is no player elimination - when a hero dies, he becomes a ghost soul, an ethereal form able to use its unique ghost shout against enemies, and then he can resurrect spending Soul points at the Gods altar.