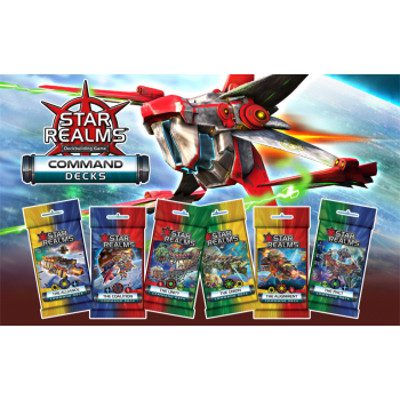 The Alignment, The Alliance, The Coalition, The Pact, The Union, and The Unity are 18-card Command Decks that allow you to play as legendary commanders in the Star Realms universe! Each pack features:

Use with any Star Realms set.