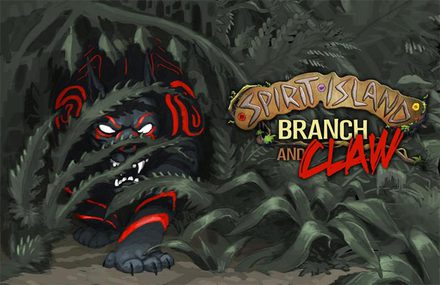 The Branch & Claw Expansion brings a fantastic variety of new play content to the fight for Spirit Island:

...and a deck of Event Cards which bring the island to life, with Invaders, Dahan, and beasts acting on their own. This adds a judicious spice of uncertainty for experienced players as well as creating both opportunities and hard choices for the Spirits!