Space Base: The Emergence of Shy Pluto 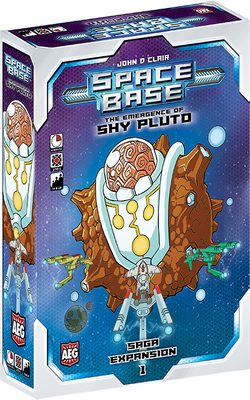 A strange new galactic body has emerged within the Milky Way. The greatest minds of The United Earth Services find themselves bewildered by the sudden appearance of Shy Pluto. Get the crews to their stations — it's time to deploy your ships.

The Emergence of Shy Pluto is the first installment of the Space Base "Saga Expansions." This expansion to Space Base is a collection of story-based scenarios that introduce new content to the game via a narrative structure. Not only are new ships added, but new scenarios are included as well. Once the story is completed, it may be replayed or the contents may be added to the Space Base base set.

This is not a standalone expansion. You will need a copy of the Space Base base set in order to play.