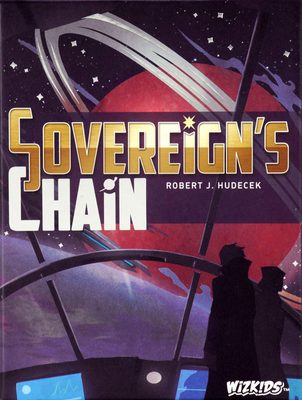 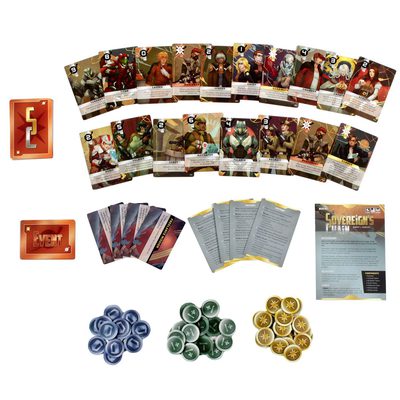 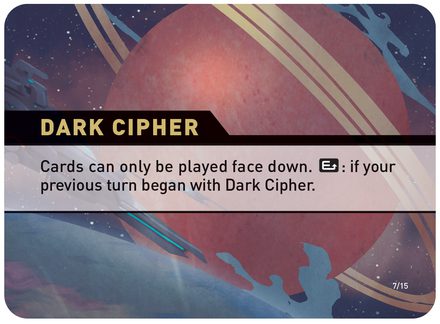 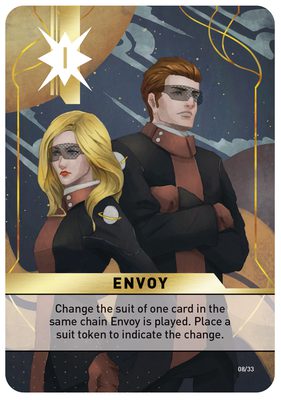 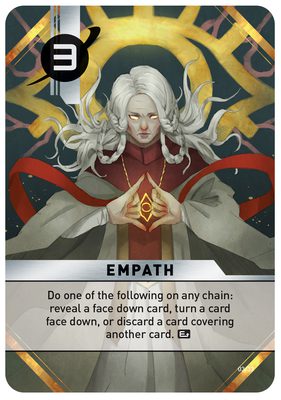 Sovereign's Chain — a strategic, cutthroat card game — is so named due to the class cards played in front of players that form chains. You can play cards onto your own chain or those of your opponents. While most cards are played face up, which activates their abilities, some can be played face down to be activated later. Class cards come in two suits — stars and planets — and to win, you must have the highest difference in points between these two suits when someone's chain reaches seven cards. To add a wrinkle to the game, a small deck of event cards is included, with unique effects that change the game completely.