Shards of Infinity: Relics of the Future 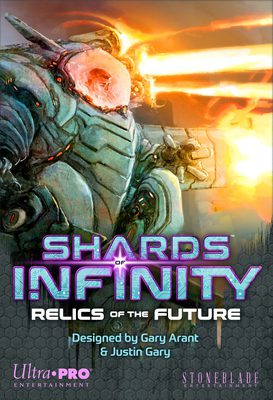 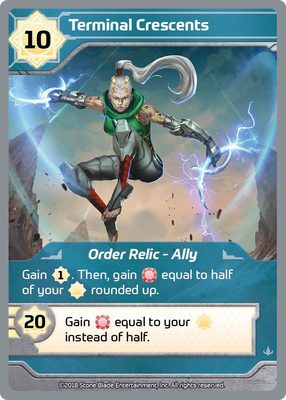 When the Infinity Engine was destroyed, reality warping shards rained down from the sky, wiping out civilization and forever altering the world. From the ashes, rose the descendants of mankind. You are a leader among these peoples, a mighty warrior, forever bound to a powerful shard.

It’s time to make a choice: Is it your fate to lead your people to victory or will you become the relic of some forgotten future? Choose wisely.

Shards of Infinity: Relics of the Future is the first expansion to the popular deck-building game, Shards of Infinity. This expansion includes powerful cards known as relics that can only be leveraged by each of the leaders of the four factions when the player reaches 10 Mastery points.; when this happens, the player gains one of their two relics, with the other one being forgotten in time. The set also includes cards that can be used by any player, but when matched with the player's designated faction leader, the card receives an additional effect!

In addition, this set includes three new ways to play the game. A three player mode known as "Bloodbath": any damage dealt goes to both opponents rather than just one. In 2v2 Team Attack mode, players pair up to take on an opponent's team. A full solitaire mode, known as "Nemesis", pits solo players against the game.

This is not a standalone expansion. You will need a copy of the Shards of Infinity core set in order to play.