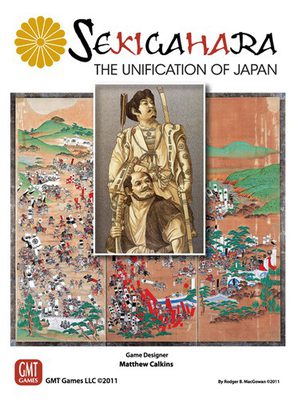 Sekigahara is a three-hour, low-complexity block wargame based on Tokugawa's campaign in 1600 that would unify Japan for over 250 years.

The game features some unusual mechanisms:

See here for changes in the 2nd edition, including a change to the initial setup (which can be used in the 1st edition as well).