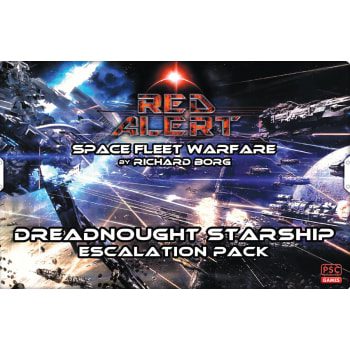 Richard Borg heads into space in this exciting new Commands & Colours board game! Escalation Packs present additional starship models, rules, and terrain to add to the core game. According to Richard Borg himself:

The largest and most feared ship in any fleet is their Dreadnought. What more can be said about this unit... the Dreadnought is the ultimate Kick Ass Ship.

This is not a standalone expansion. You will need a copy of the Red Alert: Space Fleet Warfare base game in order to play.