Race for the Galaxy: Xeno Invasion 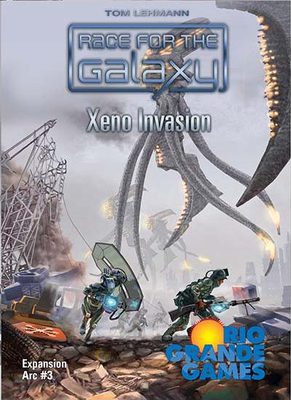 This is Arc#3 of Race for the Galaxy

After settlers enountered a violent xenophobic race, the “Xenos”, the galaxy finds itself under Relentless Assault. No negotiation is possible. Long-lost Alien secrets may hold the key to defeating these attacks. Can you build the most prosperous and powerful space empire while defending it from Xeno invasions?