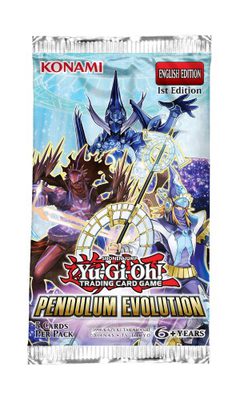 Magicians with the might of dragons! Sorcerers that defy the laws of nature! Witness the magnificent and mystifying results of Pendulum Summoning’s final evolution!

Following on from Maximum Crisis, Pendulum Evolution features powerful new Pendulum Monsters that can either stand on their own or in the service of that dreaded dragon, the Dominator of Dimensions itself, Supreme King Z-ARC!