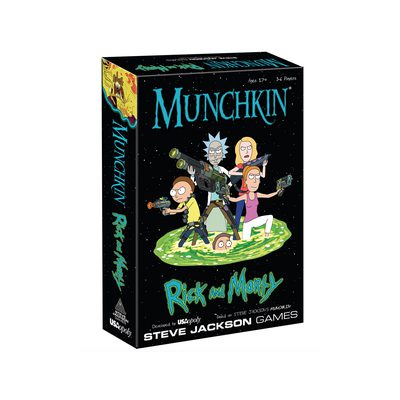 Wubalubadubdub, Rick And Morty fans! Munchkin: Rick And Morty melds the monster-slaying and role-playing of classic Munchkin with cyborgs, aliens, demons, and other assorted gonzo dangers from the popular television series Rick And Morty. Play as Rick, Morty, Beth, Jerry, Summer, or Mr. Poopybutthole and work together (or not) to defeat the greatest adversaries in the Rick And Morty universe(s)!

Based on the Adult Swim hit series.