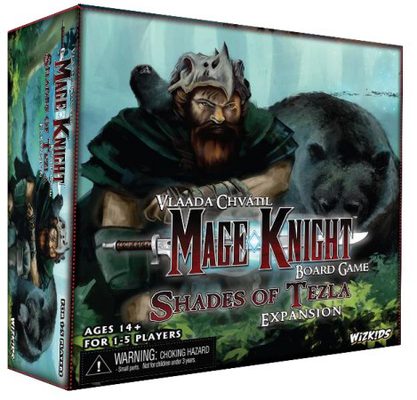 The 3rd expansion to Vlaada Chvátil critically acclaimed Epic Fantasy hit of 2011! Battle against two factions as they war for control of the legacy of the Wizard Tezla in this expansion that embraces and extends the flavor of the earlier releases. Step in the shoes of an all new Mage Knight, the Druid Braevalar, as he emerges from the forest to bring an end to the destruction caused by the war between the Avatars of Tezla.