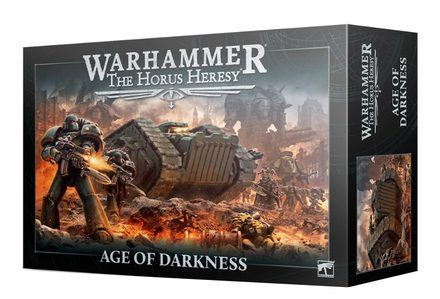 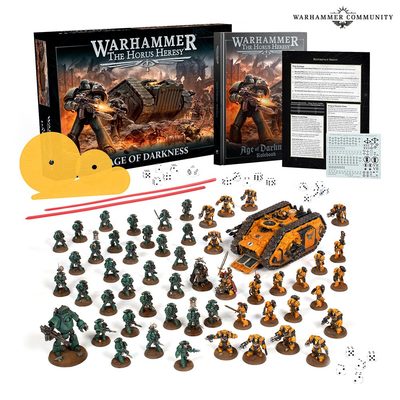 This is the big box to end all others – an absolutely colossal set containing an inordinate amount of plastic, plus everything else you need to start fighting epic battles to decide the fate of the galaxy.

You get a mammoth 54 plastic miniatures – that’s two Legion Praetors, 10 Cataphractii Terminators, 40 highly customisable Tactical Space Marines in Mk VI power armour, one Contemptor Dreadnought, and one Spartan Assault Tank. This is the basis of two substantial forces, or one incredibly mighty army – and all but the Terminators are completely new models.

There’s a 336-page hardback rulebook filled to bursting with everything you need to know, including extensive background information on one of the richest science fiction settings in the world, as well as comprehensive rules for this tactically rich tabletop wargame. There’s also a 36-page construction guide for all your lovely new models, introductory army lists for all the models you get in the box, and two four-page rules reference sheets.