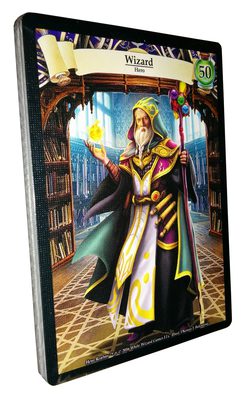 Play Hero Realms as a Cleric, Fighter, Ranger, Thief, or Wizard! Character Packs add a cool new dimension to player vs player games. Each match-up is a unique challenge which will require different strategies. When playing a cooperative campaign, your Character Pack represents the starting point for your character that you will customize over time.