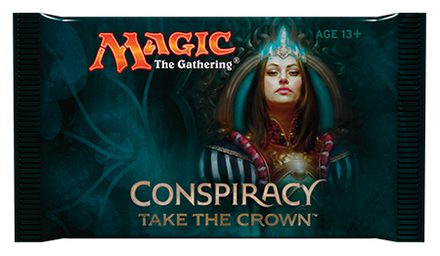 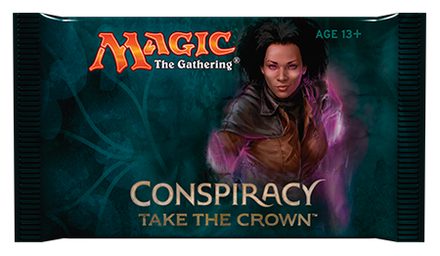 Clearly the crown is up for grabs. Will you claim it?

No more jokes. No more intrigue. For real this time.

The throne no longer sits empty, but deception, danger, and even death await around every corner.

Add deeper layers of intrigue to your next Magic draft and begin plotting as soon as you open your first booster pack! The Conspiracy: Take the Crown set builds on the revolutionary abilities introduced in the original Magic: The Gathering—Conspiracy set, with new cards that affect the draft itself and new conspiracies that twist the rules against your foes. Trade votes and spread your attacks to manipulate the game in your favor. Seize the crown to give yourself a greater edge—if you can keep it.

How will you plot your way to the throne?

This set is designed for eight-player drafts followed by free-for-all games of three to five players each.