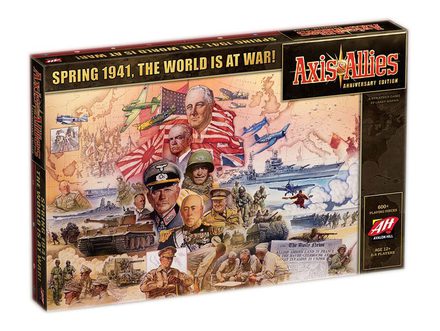 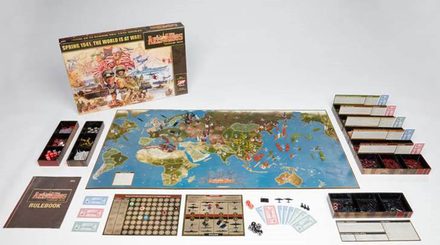 To celebrate the fiftieth anniversary of Avalon Hill, Axis & Allies launched its most expansive game ever. The Axis & Allies Anniversary Edition features the debut of Italy as the third Axis nation, the introduction of the cruiser unit to the naval line-up, and the largest Axis & Allies board to-date measuring 24x46 inches. With over 600 pieces, players can recreate and decide the outcome of WWII like never before. The Anniversary Edition was designed and developed by Larry Harris, the original designer of Axis & Allies.