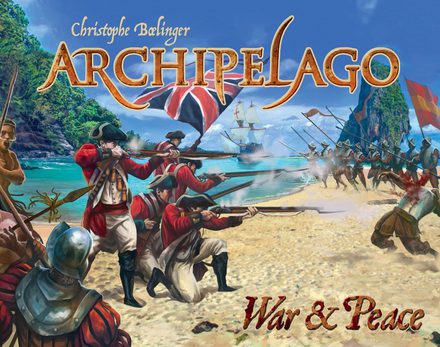 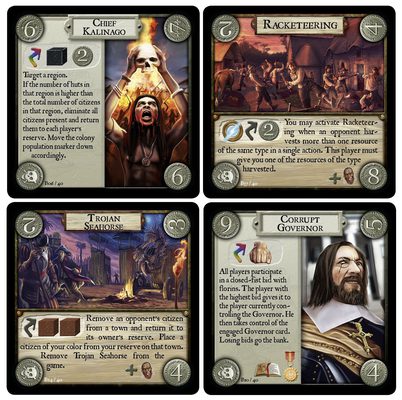 After decades of exploration, disputes arise among the colonizing European nations over the discovered lands, resources and trade routes. Old-continent quarrels become new again in the colonies. At times, precarious moments of peace are maintained — until wars erupt again. Human greed is an eternal source of conflicts...

Archipelago: War & Peace introduces forty new beautifully- and individually-illustrated evolution cards: twenty character and twenty progress cards. These cards — which can be combined with the base game or used as a complete replacement of the cards in the base game — are more aggressive, interactive and (sometimes) drastic than the original ones, while still covering the major themes of war, peace, and trade, among others.

With Archipelago: War & Peace, you can add spice to your games and revitalize Archipelago!

This is not a standalone expansion. You will need the Archipelago base game to play Archipelago: War & Peace.