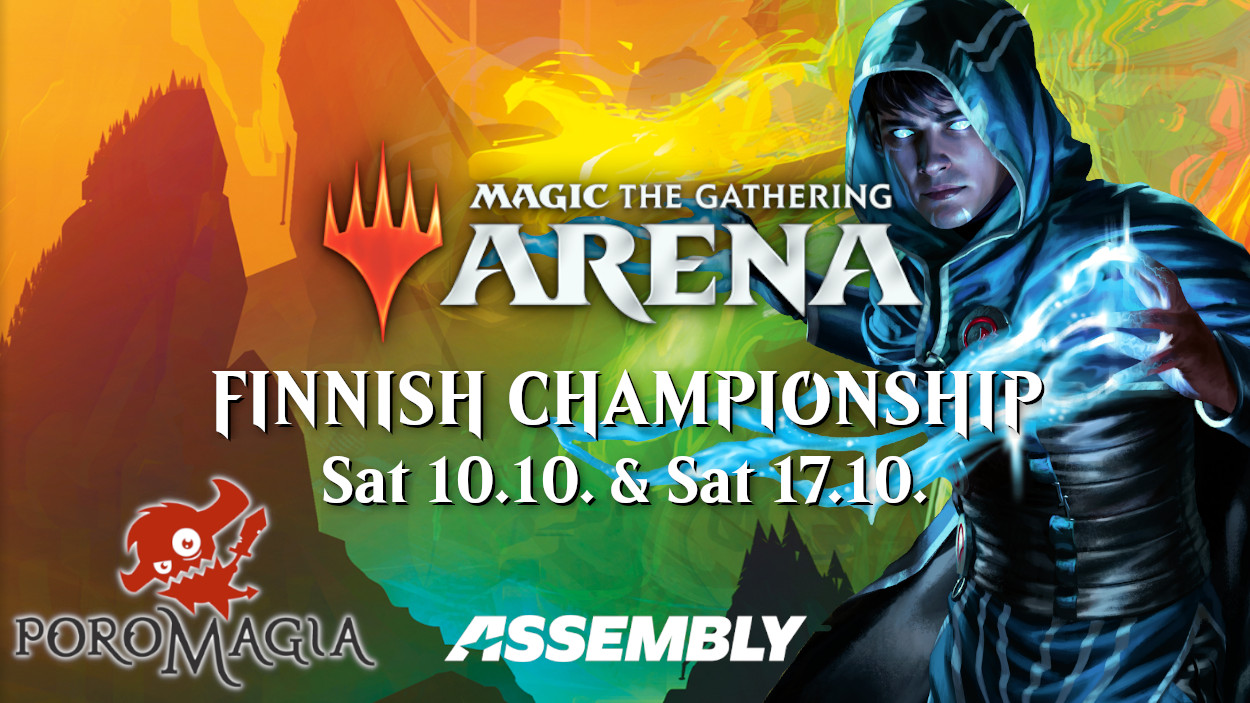 We are looking for the first Finnish champion of MTG Arena!

Poromagia is stashing 1000 € worth of prizes into the tournament as store credits and other prizes. In addition to this, tournament entry fees will be added in full 100% to the prize pool.

As the physical MTG Finnish Championships are postponed, Poromagia and Assembly will organize the first MTG Arena Finnish Championships of all time. The tournament will be played except for the finals on Saturday 10.10. on MTG Arena via Poromagia's Discord channel. The finalists will receive an invitation to the final (streamed on Assembly Online), which will be played on Saturday, October 17th. at 2:30 p.m. at Assembly Studio.

There will be Poromagia credit prizes, in addition to which the duo participating in the finals will receive Zendikar Rising Draft Booster Boxes and surprise product awards. In addition, reasonable travel expenses for finalists will be reimbursed.

The tournament will be played with open decklists, which will be posted at the beginning of the first round of the tournament. The deadline for sending the decklists is Fri 9.10. at 10:00. Instructions for decklist submission will be added soon.

Sign up for the tournament by ordering the MTG Arena Finnish Championship Tournament product from the online store (order the product "pick up from the store"). In addition with the purchase, enter your MTG Arena ID in the free message field of the order.n.