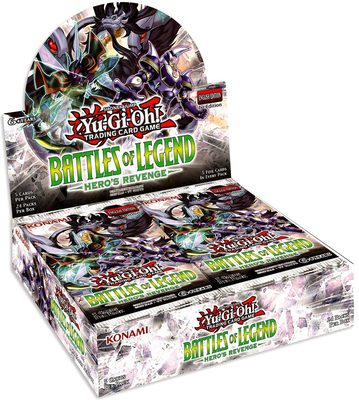 Battles of Legend: Hero's Revenge arrives on the scene in July, ready to turn the summer on its head! This 93-card, all-foil booster set is packed with never-before-released cards from previous Yu-Gi-Oh! anime and manga series coming to the Yu-Gi-Oh! TRADING CARD GAME for the first time, new Link Monsters, high-powered tournament mainstays, and more!

Here's a taste of what's in store for Duelists:

There are 24 Booster Packs per Booster Display Box.