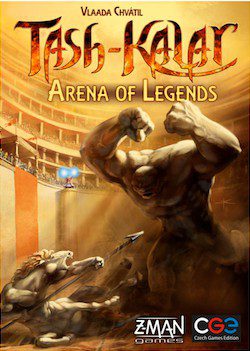 Tash-Kalar: Arena of Legends is reserved for masters of magic. Two to four Summoners will face each other in the Tash-Kalar arena. Players may fight in teams or individually in order to prove their skill and strategy in a short but intense battle. By clever deployment of their minions, players create magic patterns for summoning powerful beings. These strange beings are then sent to destroy their opponent’s forces.

Tash-Kalar: Arena of Legends offers two game modes. In the standard mode you score points for fulfilling various quests set by the Arena Masters: controlling certain areas of the arena, destroying a number of enemy pieces in a single turn, performing a specific combination of actions, etc. In melee mode, your only goal is to entertain the crowd by destroying your opponents and making them beg for mercy.