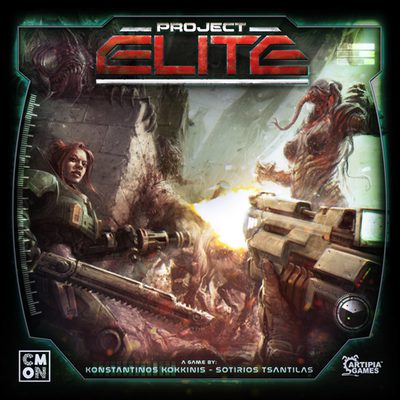 A Massive alien invasion has brought mankind to its knees. We were not ready for this. Around the world, people are still trying to defend what little remains. Our enemy is superior. A special Task Force of highly trained operatives has been assembled in an attempt to stop the alien advance, protect high priority targets and whenever possible, strike back. They are called, Project: ELITE.

Project: ELITE is a fast-paced, real time, cooperative board game, in which players control Characters and try to work together against hordes of attacking aliens.