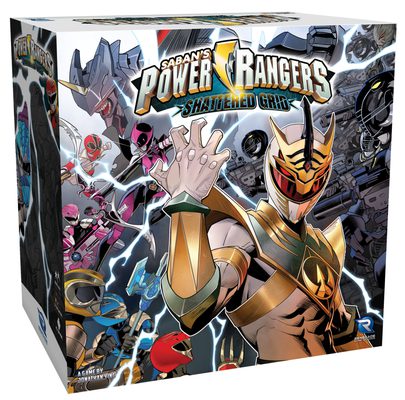 Lord Drakkon, an evil warlord from an alternate reality, is threatening Power Rangers across time and space! The Rangers must team up to fight and protect our world from his tyranny. Only by working together can they thwart his evil plans.

The Shattered Grid expansion adds new heroes and foes. The HyperForce Rangers, along with their mentor Jen Scotts of Time Force, team up with Lauren Shiba against the inter-dimensional machinations of Lord Drakkon. His sentient warrior Zord, the Black Dragon, and the corrupted Ranger Slayer lead an army of Mastodon Troopers to conquer the Morphin Grid itself! Suit up and save the world! Go Go Power Rangers!

This expansion requires Power Rangers: Heroes of the Grid to play!