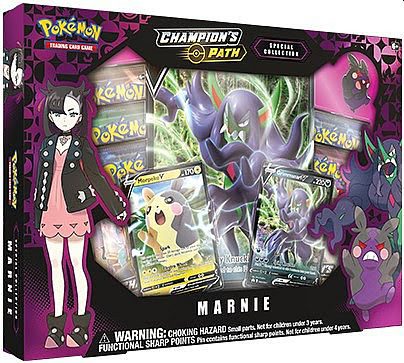 Team Yell loves her, and her Pokémon put her into the rank of your toughest rivals: it’s Marnie, the veteran Trainer from Spikemuth! With her dangerous Pokémon Morpeko and Grimmsnarl, she is one of your closest rivals in the Galar region, and she isn’t one to back down from a battle. Expand your skills, add both Morpeko V and Grimmsnarl V to your own team, and find more surprises in Pokémon TCG: Champion’s Path booster packs! Visit the neon-lit streets and defeat one of your toughest rivals!