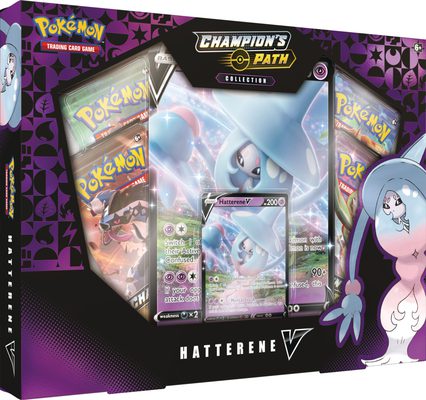 When you find Hatterene in the Galar region, you won’t hear much—but this Pokémon’s silence speaks louder than most! With its perplexing moves and awesome Psychic-type powers, Hatterene V leaves foes weak and confused, then glides away on its own mysterious errands. Get Hatterene V as a playable foil promo card and a fantastic oversize card, and find more surprises in Pokémon TCG: Champion’s Path booster packs!