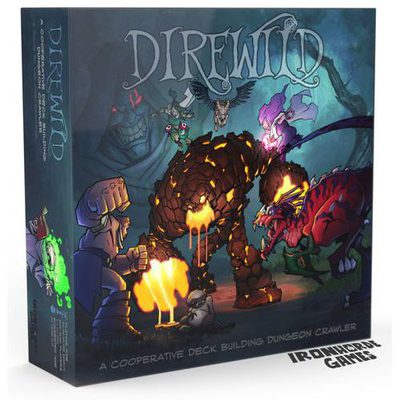 Direwild is a fully co-operative, tactical, dungeon-crawling deck-builder. There is no dungeon master; it is purely the players vs. the game. Players assume the role of animists, heroes that can summon creatures both great and small (represented in the cards you build your deck with), then combine those creatures in unique ways. With the creatures' help, the animists strive to work as a team to defeat the evil forces of Karn. Karn was once a great animist himself, but was corrupted by his lust for greater power. Throughout the game, Karn tries to hunt the heroes and defeat them before they can grow strong enough to face him in the final showdown. The game is split into three chapters, with a "game save" mechanism to allow for the packing and saving of the game between game nights.