The spoiler season for Commander Legends is not yet finished and the set seems to be pretty decent already at this point! In addition to well awaited reprints like Scroll Rack, Rings of Brightearth and Mana Drain the set introduces a pile of new cards that will shake the meta in both more casual EDH and cEDH. 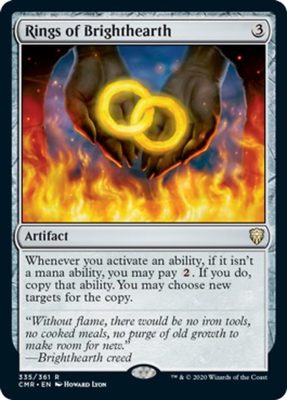 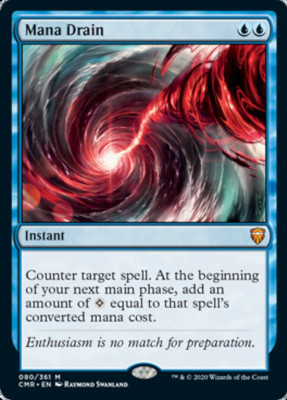 In this article we will look at the cards in the perspective of constructed commander format. The Commander Legends draft-format is very different from this (though seems ultimately fun) and at least for now it is impossible to say what could be the best card choices for that format. I think there will be a huge variety of playable decks in the limited format and would be kinda fun to see what kind of decks people will manage to build!

Partner-mechanic returns in Commander Legends. Being one of the most disputed mechanics in the commander since it gives a very powerful card advantage compared to having just one commander the mechanic is here to stay and is even more supported in the Commander Legends. The old two-color Partners are getting a reprint as their demand has grown since they saw the daylight in Commander 2016. New partners are printed as well, this time all of them are mono colored. There will be Partners as mythic, rare and uncommon in the boosters. There are also two Partner-planeswalkers, Tevesh Szat, Doom of Fools and Jeska, Thrice Reborn.

From the new partners there are some that seem to be pretty interesting. First of them is Rograkh, Son of Rohgahh, which is the first zero mana costing legendary creature in MTG. This Kobold has pretty weak 0/1 stats, but has a pile of keywords on it so it is possible that this card finds its way to the helm of some neat decks. Also, cards that can be cast for free if you control a commander are online from the first turn if you play Rograkh as commander so bare in mind that there might be some interaction in the hand of the controller of this little fellow.

Dargo, the Shipwrecker sounds like an easily castable 7/5 with Trample. As you can sacrifice artifacts and creatures to cast it it gets online pretty fast. Notable is that the mana cost of Dargo is reduced by two general mana for each other creature and artifact you have sacrificed during the turn. Partnered with some other commander this guy could be a commander in a sacrifice themed deck.

Sakashima of a Thousand Faces returns in Commander Legends and this time it let’s you copy a creature you control. In addition to this Sakashima removes the legendary rule from your permanents and also has the Partner-keyword. So choose another good partner, partner it with Sakashima and make it two! 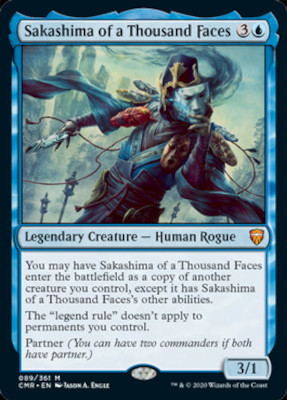 In addition to partners the other cards in Commander Legends won’t leave you crying either. Opposition Agent was spoiled pretty early in the spoilers and got a serious hype around it. Maralen of The Mornsong was pretty much bought out of the market as it creates a soft lock with this creature. Even without Maralen, if your playgroup plays tutor effects and fetch lands this card creates somewhat interesting situations. In cEDH this card will be popular and if you play black in commander I would definitely include this in my deck.

Another 3/2 with Flash is printed for blue: Hullbreacher changes the additional draws of your opponents to treasure tokens for you. The power level of this card is pretty high and especially paired with wheel effects it will generate a huge mana advantage for it’s controller. It is pretty close in Notion Thief in it’s gameplay but is easier to cast as it only needs one blue and two generic mana. Because of this you can add this to your decks that don’t play black. 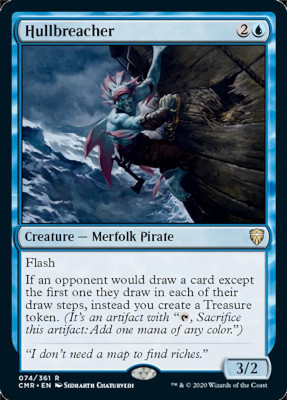 The last but not least Commander Legends introduces a card that is probably very disputed in it’s design. Jeweled Lotus is a Black Lotus that produces mana only to be used to cast your commander. With zero mana mana cost this card gives the possibility for ultimately fast turn ones and especially 1-2 color commanders will gain advantage from this card a lot. With fetch land and this in hand, you can cast your Tasigur on turn one. With a second land on turn two (or lotus petal or mana crypt on turn one) you can play Kraum, Ludevic’s Opus with the help of this Lotus. In many ways, this artifact gives you mana acceleration to play your Commander about three turns earlier in the curve giving a huge advantage even in lower power level tables. This card will definitely be the most expensive card in the set unless some of the other cards find their way into Legacy staples or so. The price will probably hit the price of Mana Crypt or even higher if this card won’t be reprinted in the future or the print of Commander Legends runs short.

All in all, Commander Legends will shake the EDH meta and community both on the more casual side and in the cEDH tables. New partners and free to cast cards along with Hullbreacher and Oppositon Agent will leave their mark in the Commander and the full spoiler is not even out yet. This far I believe that the Commander Legends set will be at least as popular as the recent Masters’ sets.