Jumpstart has been postponed already multiple times but finally the booster battle arrives in Europe! The spoilers have been out for some time now. Let’s have a look at what this particularly special booster product has to offer for Commander-players!

The original idea behind Jumpstart is to play sealed with only two boosters. Each booster contains 20 cards and lands are included in the boosters as well. Only thing you need to do is buy two boosters and smash them up into a 40-card deck. As a concept, this sounds fun! Each booster has some kind of a theme so synergies should be easily included to the decks.

What cards are there in these boosters?

The cards included vary depending on the booster. Roughly, the boosters include reprints but there are some new cards as well. The set introduces some new legendary creatures which are pretty nice additions to commander-players. Let’s take a look at those legends! 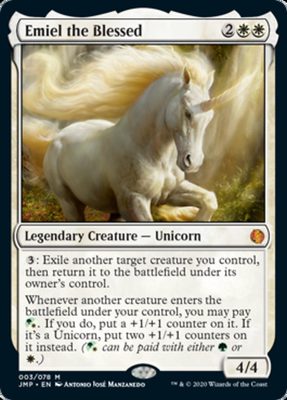 Legendary Unicorn is finally here! Emiel’s color is white but the color identity is White-Green, or Selesnya. It has a three mana activated ability to blink creatures under your control. The four mana 4/4 body is pretty ok as well. Roon of the Hidden Realm can do similar things but adds also the blue color. Emiel might find it’s way to a Roon deck as it is strictly better as a commander like this but if you want to play Emiel because of the Unicorn-flavor it probably still does the trick pretty well! 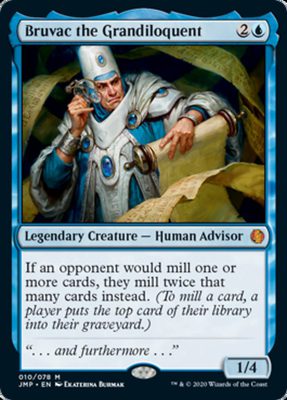 Mill is finally a keyword! Bruvac is a spot on commander for a mono-blue mill deck and it does just what you need for a deck like that. Many cards will probably receive an errata to their oracle text so if you build a mill deck with Bruvac on the helm, remember to check out the oracle text for the cards so you can make sure it really fits to Bruvac’s ability. 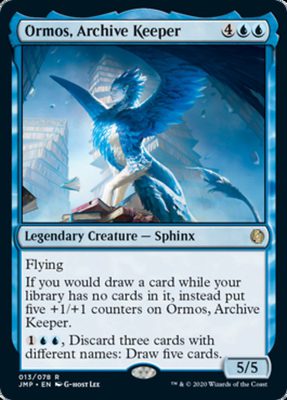 Thassa’s Oracle and Laboratory Maniac have been wincons to many cEDH decks. Emptying the library to win the game has been a bit risky - with the right interaction you might end up losing the game instead of winning. Ormos seems like a funny way to backup this plan though it costs six mana and is possibly unplayable in more competitive environments. It’s impossible to say if this card sees play as a commander but at least the effect is fun and what could be a better standpoint for building a commander deck?

Inniaz is a five mana 4/4 flyer that can boost your attacking flying creatures. In addition to this Inniaz can mix up the game state by switching the control for permanents when you attack with three or more flyers. Personally I’m not such a big fan of this kind of effects. It is worth noting that Inniaz doesn’t target so it gets through hexproof as well. Maybe this card might be useful in a Zedruu EDH-deck where permanents are controlled anyways by someone else than their owner! 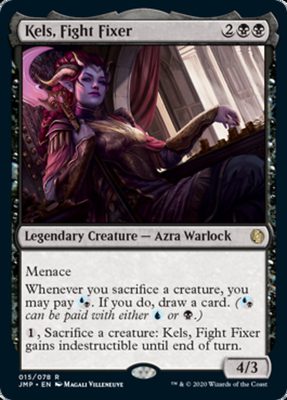 Black gets what it wants with four mana: a creature that is a sac outlet and lets you draw cards when sacrificing creatures. As a four mana 4/3 menace the stats are pretty good even though this probably is kinda irrelevant with this kind of effect. Dimir-colored (or blue-black) sacrifice deck (or even mono black if the blue really isn’t your cup of tea) gets a very nice commander out of Kels! 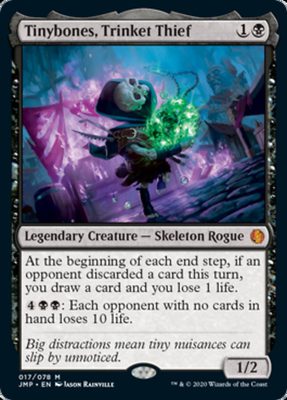 Tinybones was spoiled just after the Budget Commander article was written and it could actually fit that deck really well! Even outside the budget environment it probably would work nice as a commander for a discard themed deck giving the player card advantage probably in each end step. Six mana activation is pretty heavy in mana cost but in the end game it could possibly act as a wincon. 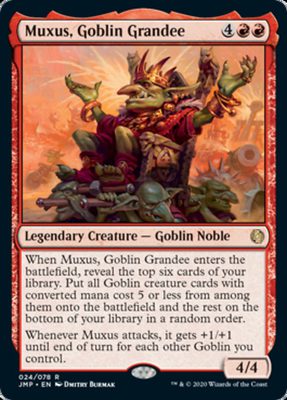 Goblins are one of the oldest tribals in Magic history and very popular in Commander format as well. Muxus has a pretty high cmc for a Goblin but it’s effect is also pretty strong. Combined with Goblin Recruiter this thing gets pretty ugly pretty fast. I think that this card works better in a Krenko, Mob Boss deck as a part of the 99 than as a commander. 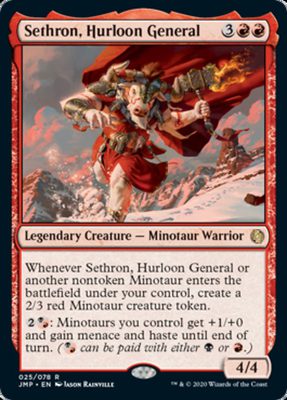 Minotaurs do get a new applicant for being the commander of a minotaur deck! Sethrons effect is nice giving you more board presence and also some attacking power with it’s activated ability! 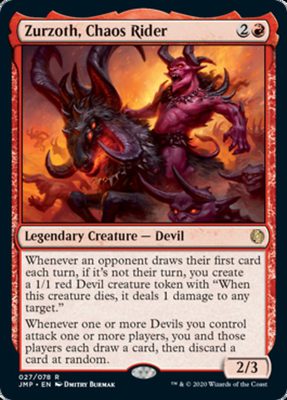 Zurzoth is probably the weakest link in this list even though it’s ability seems quite fun. To be honest I just cannot figure a place for this card as it gives card selection basically to your opponent’s and doesn’t gain you that much advantage over it. Legendary creature it still is and maybe someone knows better than me and finds a nice way to use it!