Colt Express - a Secret Gem of Board Gaming

Colt Express is not only one of my most favorite games, but also a crucial game for me becoming a board gamer. Truth be told, it’s the very first board game I played in adulthood that was not Monopoly.

One evening when I still lived in Paris, a couple of friends and I went to a board game cafe that we were often visiting. We always played more of the puzzle games, like the famous Jenga games, where you build a tower of small sticks and turn by turn take one stick out and place it on top of the tower. I wasn’t into board games, but always thought it’s a fun way to spend a few hours with a good company.

In the cafe, we were always advised what to take and then explained the rules, to it was all very easy. We also weren’t picking up any difficult games, all the games we played were explained in less than 2 minutes. And then there was Colt Express. 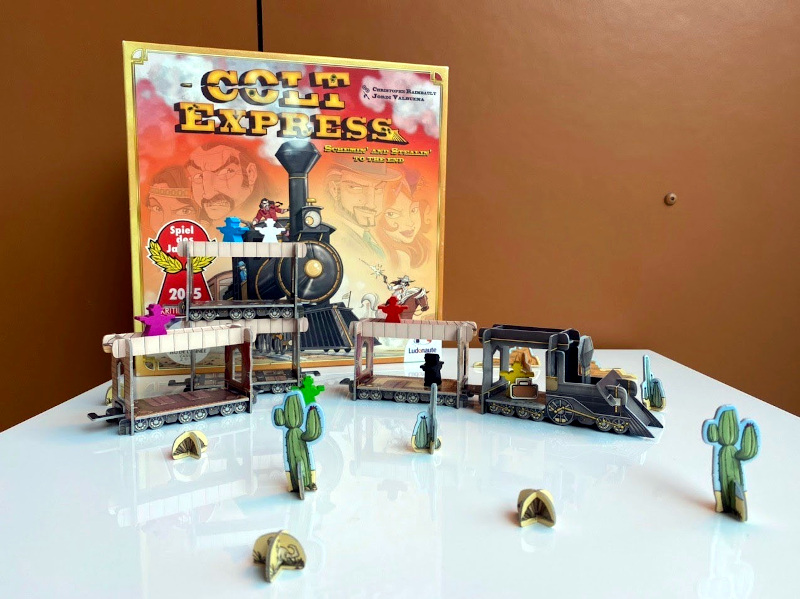 It came to us by accident, I saw the lovely trains and thought that it looks interesting. We played it once and I fell in love. Fast-forward two years, when we moved to Helsinki, with no friends or nothing to do in the free time, I remember it. This beautiful and exciting miniature train chase in Western-style. The same evening I discovered a local board game shop, got the game, and entered the world of board games.

Countless times we played Colt Express with many many people, who very often got the same game after we played together.

So, why did the game get so much attention?

In Colt Express, you’re bandits robbing the train. Don’t take it as a coop, you have to be faster and smarter than the other bandits and catch the big prize, or a suitcase worth $1000. On the way, you’ll be shot by your opponents and the brave Marchal protecting the train. You better be fast! The bandit with the most cash wins the game.

At the beginning of the game, you’ll pick one of the characters, each with a special superpower. The game consists of five rounds, where you’ll pick up from 4 to 6 actions (depending on the player count) and play the action cards. Only when all players put their actions in the common stockpile, the game begins. You will now reveal those actions and play them together. 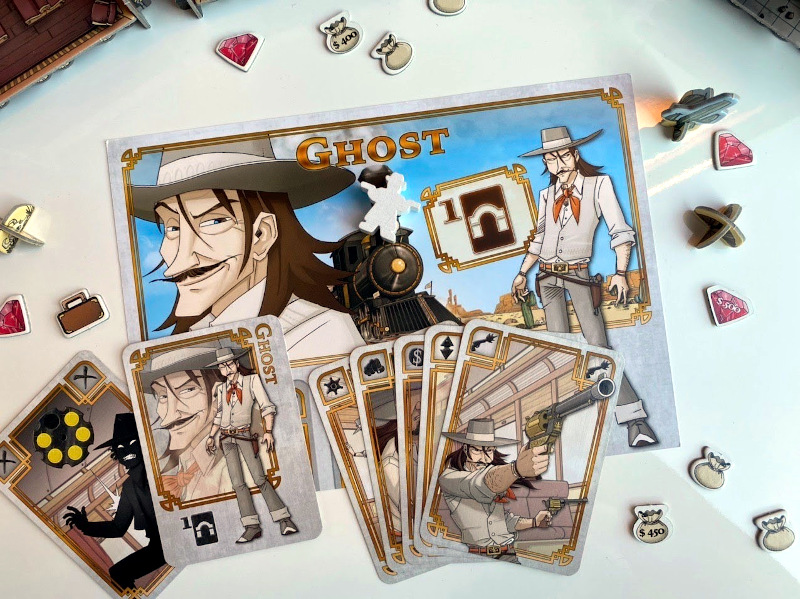 Colt Express can be attributed to action programming games as you plan, or program what your character would be doing first and only then you play out the cards. The best part of it is that you never know if you will end up where you were planning to be or not. For example, you wanted to shot the bandit next to you, but they already run away and now you are basically shooting or punching thin air. Or maybe you were going to the car with the biggest cash, but someone picked it up before you and you ended up with a way smaller bag (or even in the wrong car!). In Colt Express, anything is possible and that is why you need to pay close attention to everything the other players are going to do. 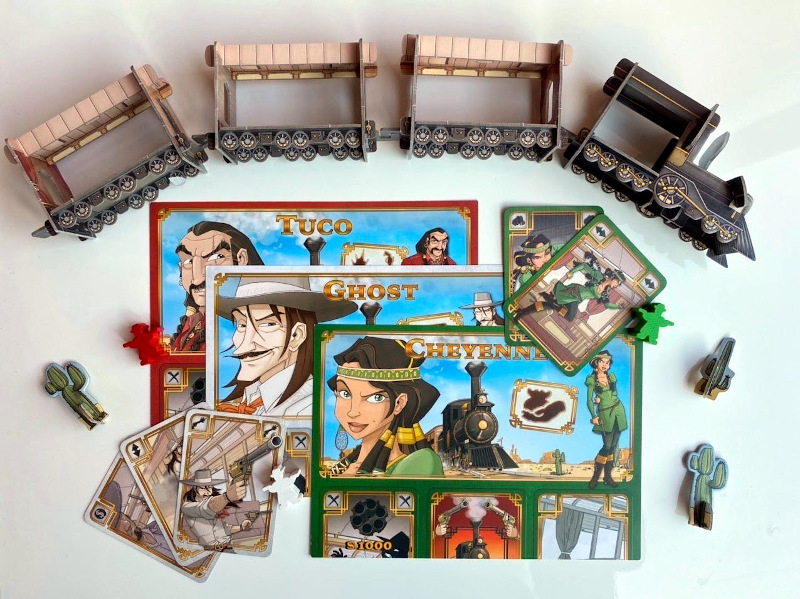 Colt Express is a light game for 2 to 6 players (best played with 4-6 players), that gets players to interact with one another. There are competition, limited time, and indirect conflict, all here to increase the tension and speed up the action. There’s no time to check around, you’re on the train and you need to act fast. 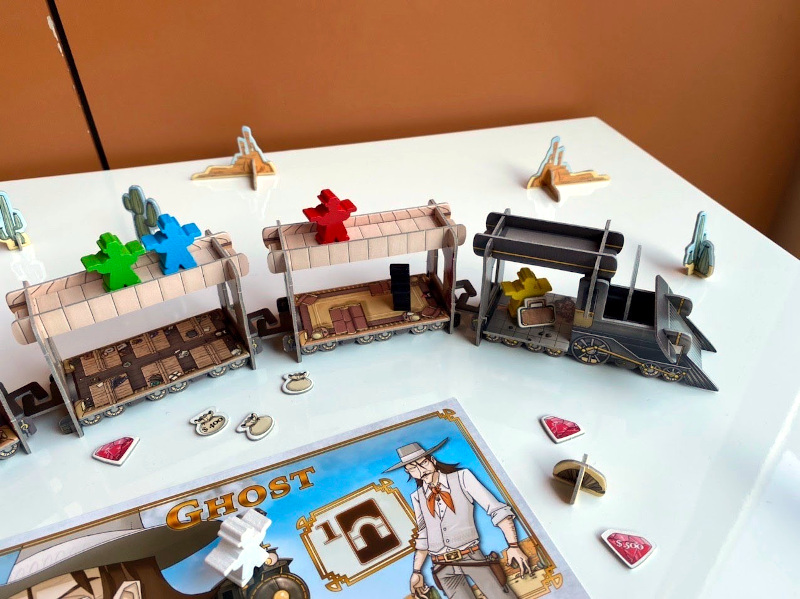 What could be better?