The war is raging in the forest. The Eyrie Dynasty has come back to claim what was theirs from the omnipresent usurping Marquise de Cat. The forest is waking up and building the resistance Woodland Alliance, while the killer warrior Vagabond is walking around, listening to no-one. And that’s how you start the game of Root. 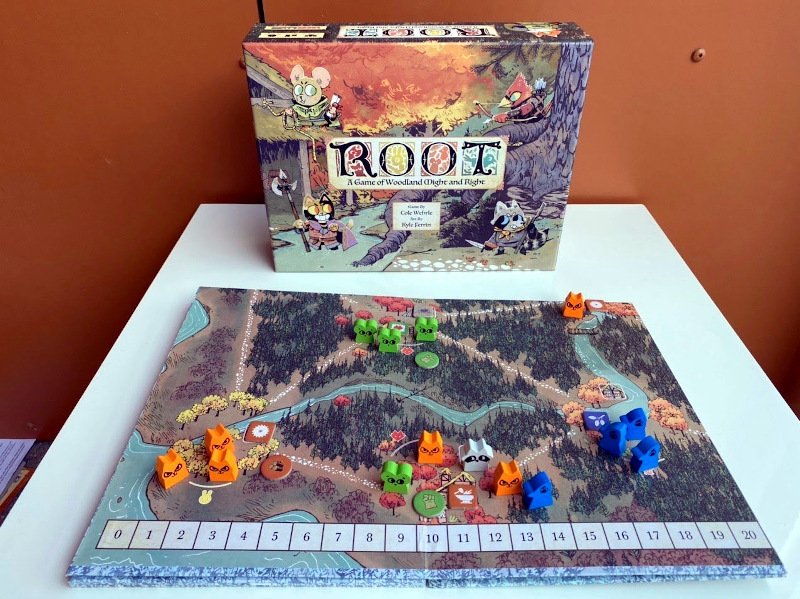 Despite the cute looks and animal theme, Root is a heavy asymmetrical wargame for up to 4 (6 with expansions) players. This game was the most anticipated release back in 2018, gaining a whole bunch of awards, love of board game community and a proud #34 place among all board games on the BoardGameGeek. No wonder, it’s constantly sold out! Poromagia has pre-orders open for the next print run due to arrive this fall.

In Root, you’ll take the role of one of the warring bodies (tribes, companies) and aim for domination.

The game takes asymmetry to the new level, where each of the parties has a completely new set of rules to play. That makes the game hard to learn, yet very fresh.

As we started playing Root on quarantine  (thus, we were just 2 players) it took us many games to master all the 4 basic factions (haven’t even unpacked my Riverfolk expansion yet). There’s a lot of content and each game played with new factions is a completely new board game. So it’s like you get 1 Root but 4 board games inside of it. 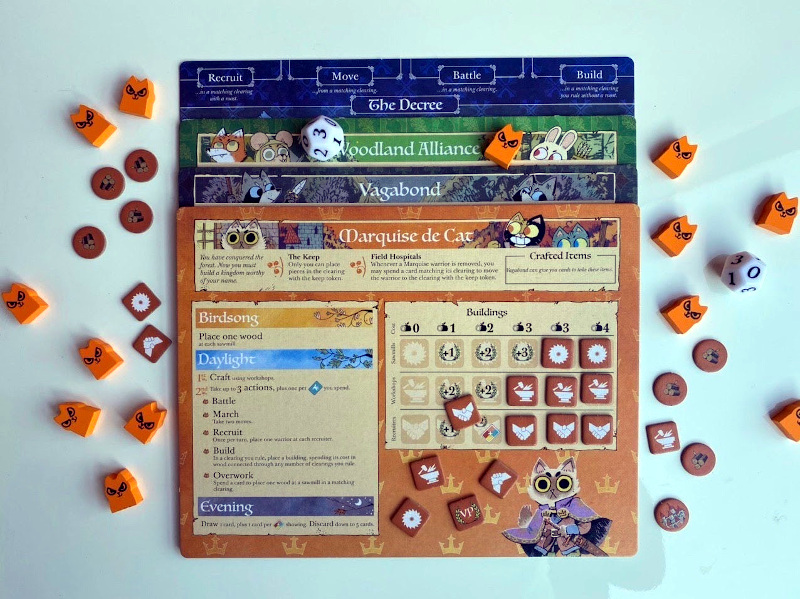 Marquise de Cat, the ruler of the forest as you set up the game, is the closest the game comes to typical strategy and engine building. You recruit warriors, build supporting buildings and, generally, win by maintaining control of the most area.

The Eyrie Dynasty are the kings of the past, returning to recapture the forest from the cats. The birds start with almost no territory, but can quickly amass the troops to take Marquise down. Here, you have to conquer and conquer fast.

The Woodland Alliance is the resistance behind, the forest animals fighting back. The forest is tired of the never-ending war between the cats and the birds and wants to claim their right to freedom. You’ll be playing as a partizan, seducing the forest join you in the resistance, and setting up traps for the other factions.

The Vagabond is the weirdest of the batch and is the closest you get to an RPG game. It’s only one character who walks around the forest, completes quests, collects equipment, and watches over the forest war, helping of disarming whoever comes on the road. 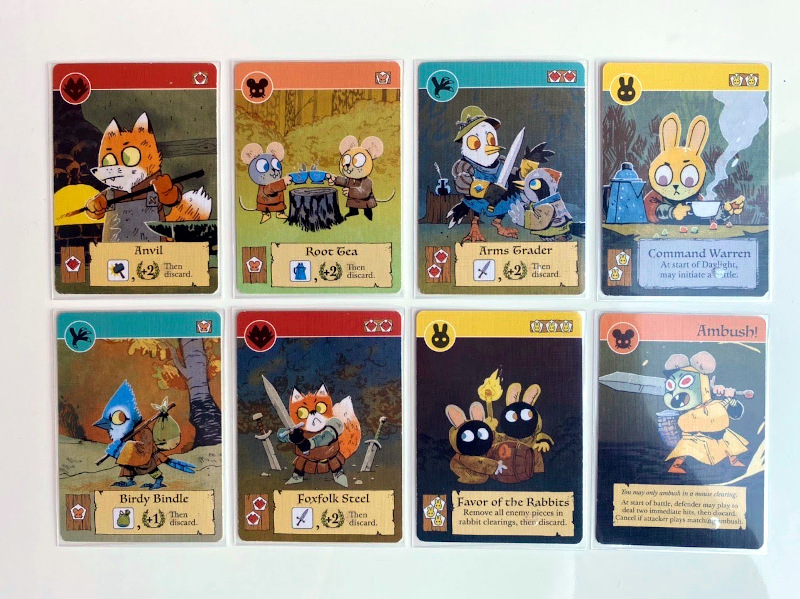 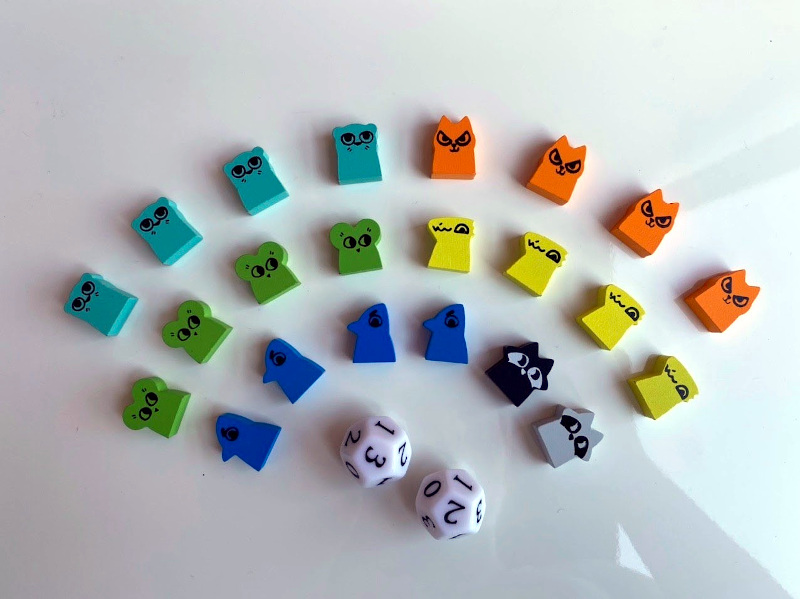 I do love Root and I really wish I could play more of it. Unfortunately, it’s complexity often scares new players. Good thing is that you can start learning it slowly, just playing with 2 factions, like the cats and the birds, and you will already get a very good game. The game flowers with 3 players, as the action is set up and there’s often an “unaccounted force” each of players can pull off.

If you’re considering getting Root, watch a how-to-play video like this one. It’ll give you a good overview of how the game works and if it’ll be a good match for your gaming group. Obviously, if you love heavier games and enjoy battling with each other, Root is a great catch!

So, who will rule your forest?