Azul - Family-friendly Sudoku of Board Games

In just 3 years after the original release, this game seems to gain all possible awards from Spiel des Jahres to Golden Geek. Since then, it got 2 new games in the series, 43rd spot among top 100 games on BGG and the 1st among abstract games, and most importantly, the hearts of thousands of gamers. 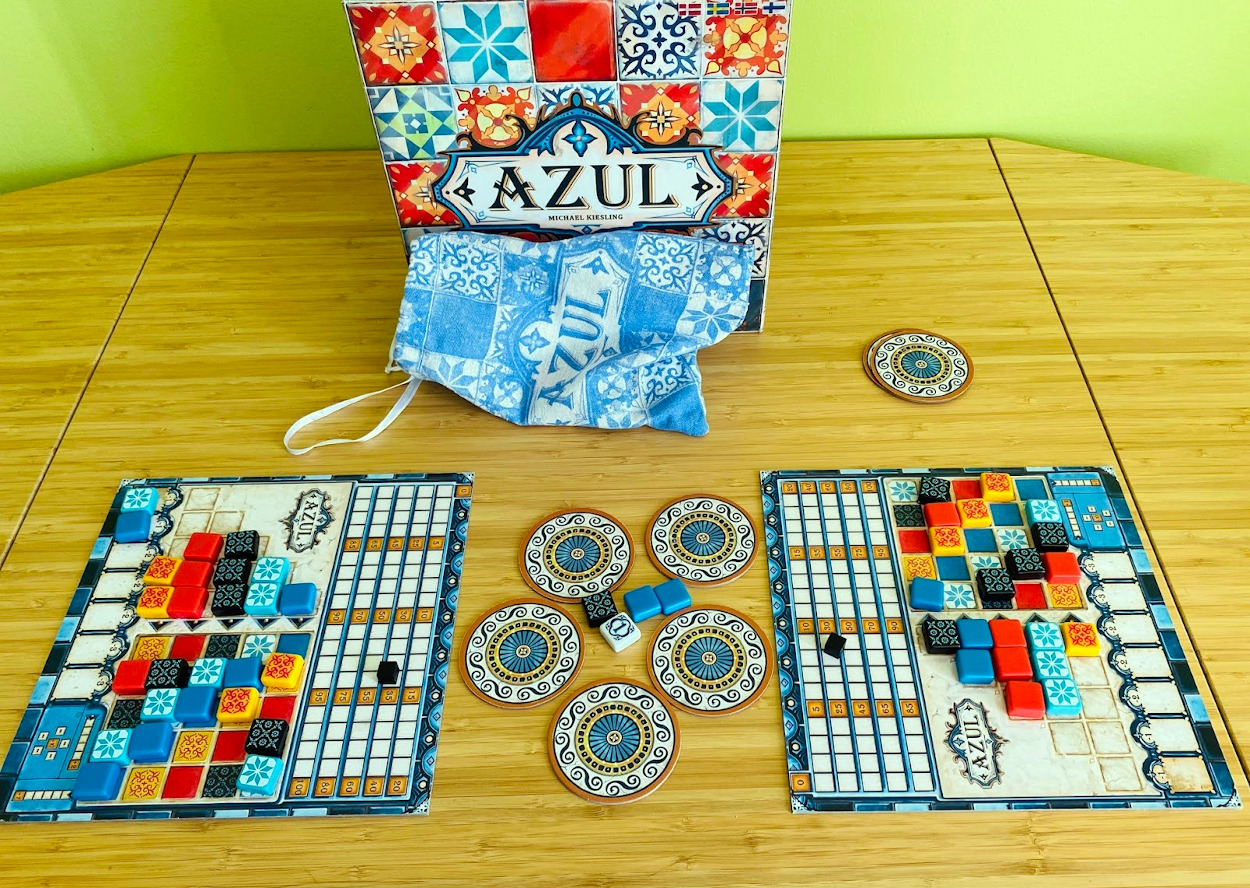 Azul is an abstract light game where you will be creating a beautiful pattern of wall mosaic or azulejo. Azulejo is a Portuguese tradition of decorating houses and you can see straight away how similar the game duplicates the pieces of mosaic. 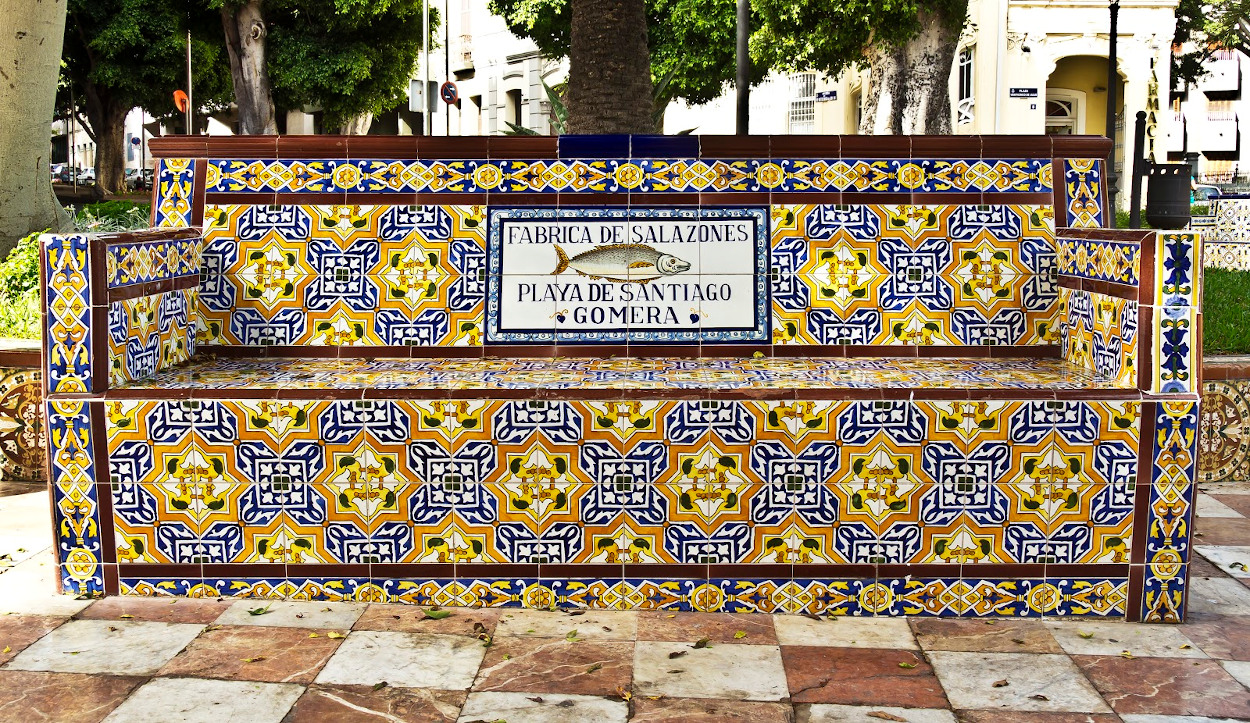 In Azul, you’re decorating the palace walls with a beautiful mosaic pattern. The closer you get to build the whole wall, the more points you get. Or not. That’s where the charm of Azul comes. You need not only to repeat the mosaic puzzle but build it in the particular order that would give you the highest score all at the same time as you are trying to spoil opponents’ plans.

The rules are very simple. You pick up tiles of one color from palettes or the center (leftovers) and place them on your board to fill in lines with tiles of the same color. As soon as the available tiles run out, you move tiles from filled rows on the left side to the matching place on the right side and calculate points. The player with the most points wins once any player fills in a horizontal row on the right. 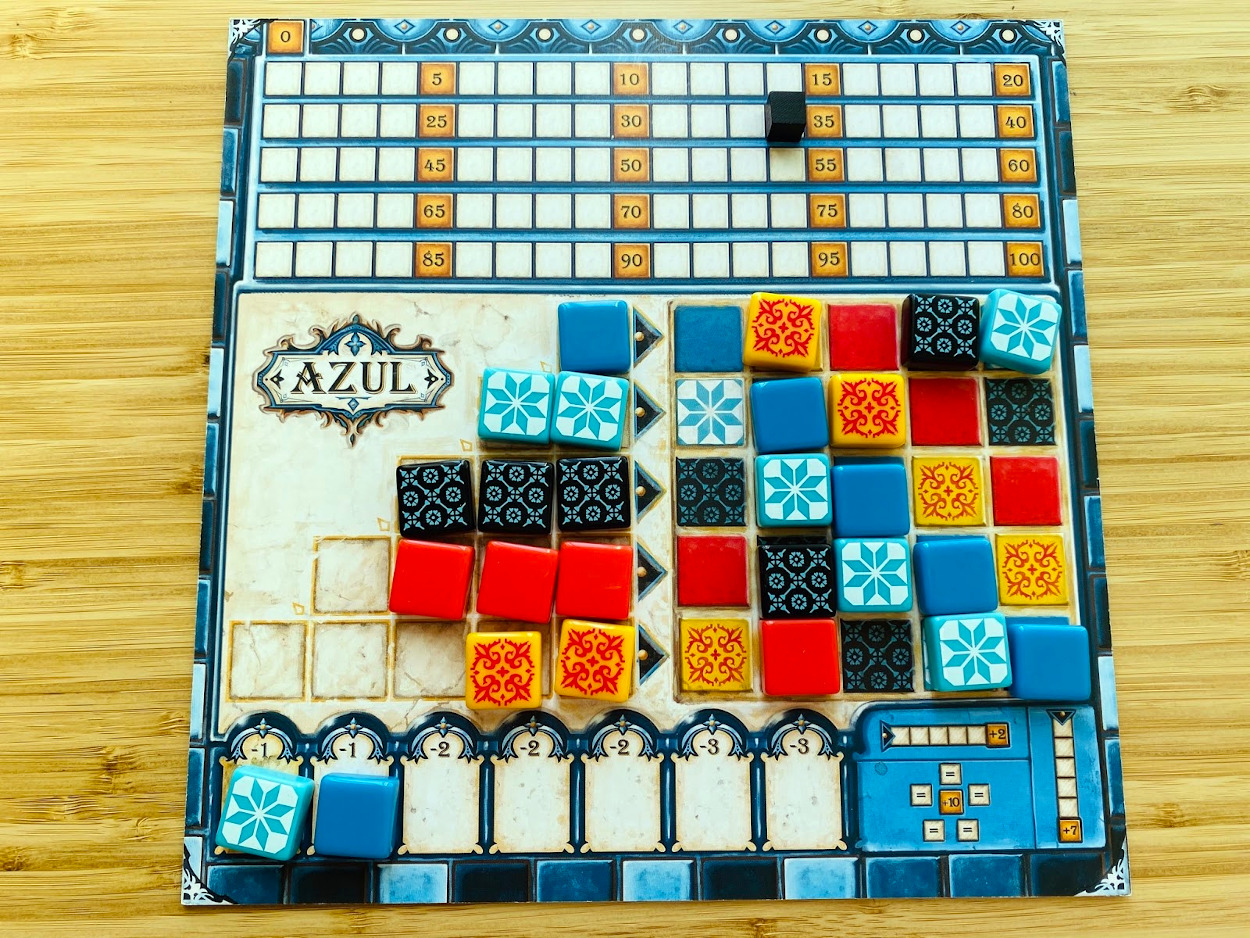 Azul is charming, beautiful, and simple. Every time wee sat to play Azul, I knew exactly how I could play better next time and next time. But don’t be fooled by the game’s simplicity., the puzzle of Azul is not easy to solve. The availability of tiles is constantly changing and your opponents are working hard to disrupt your game flow. 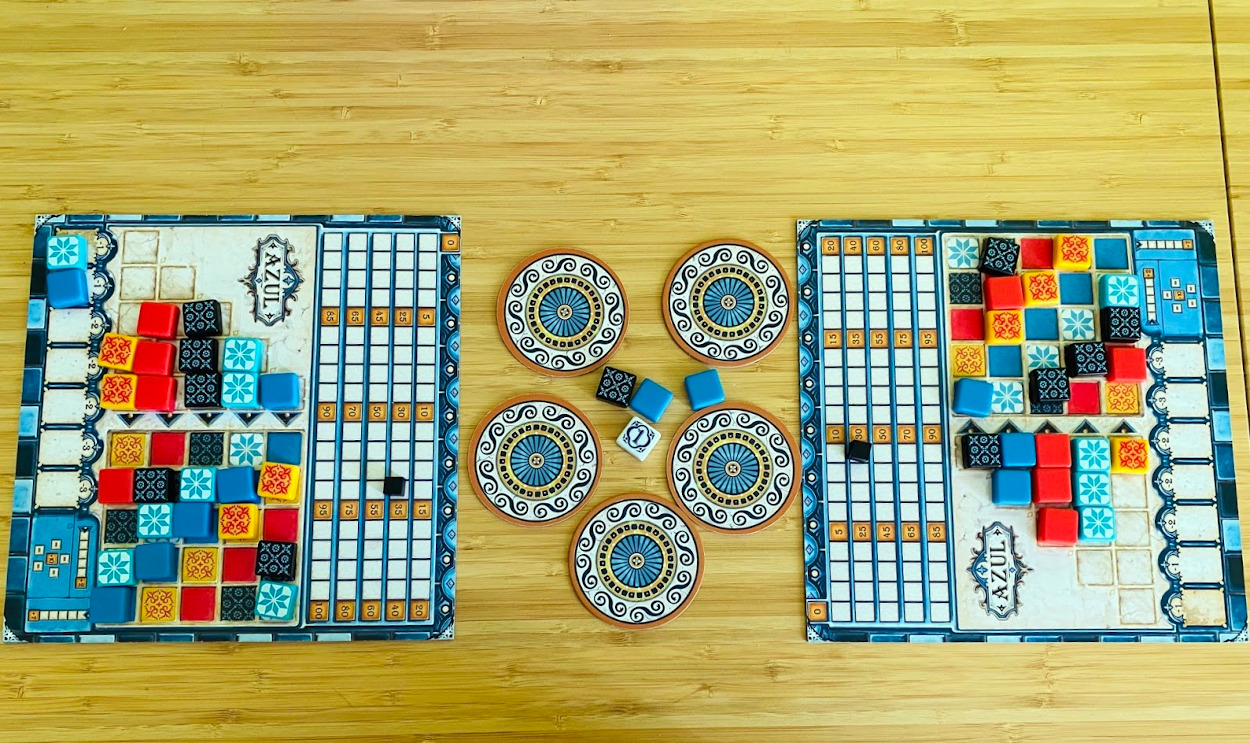 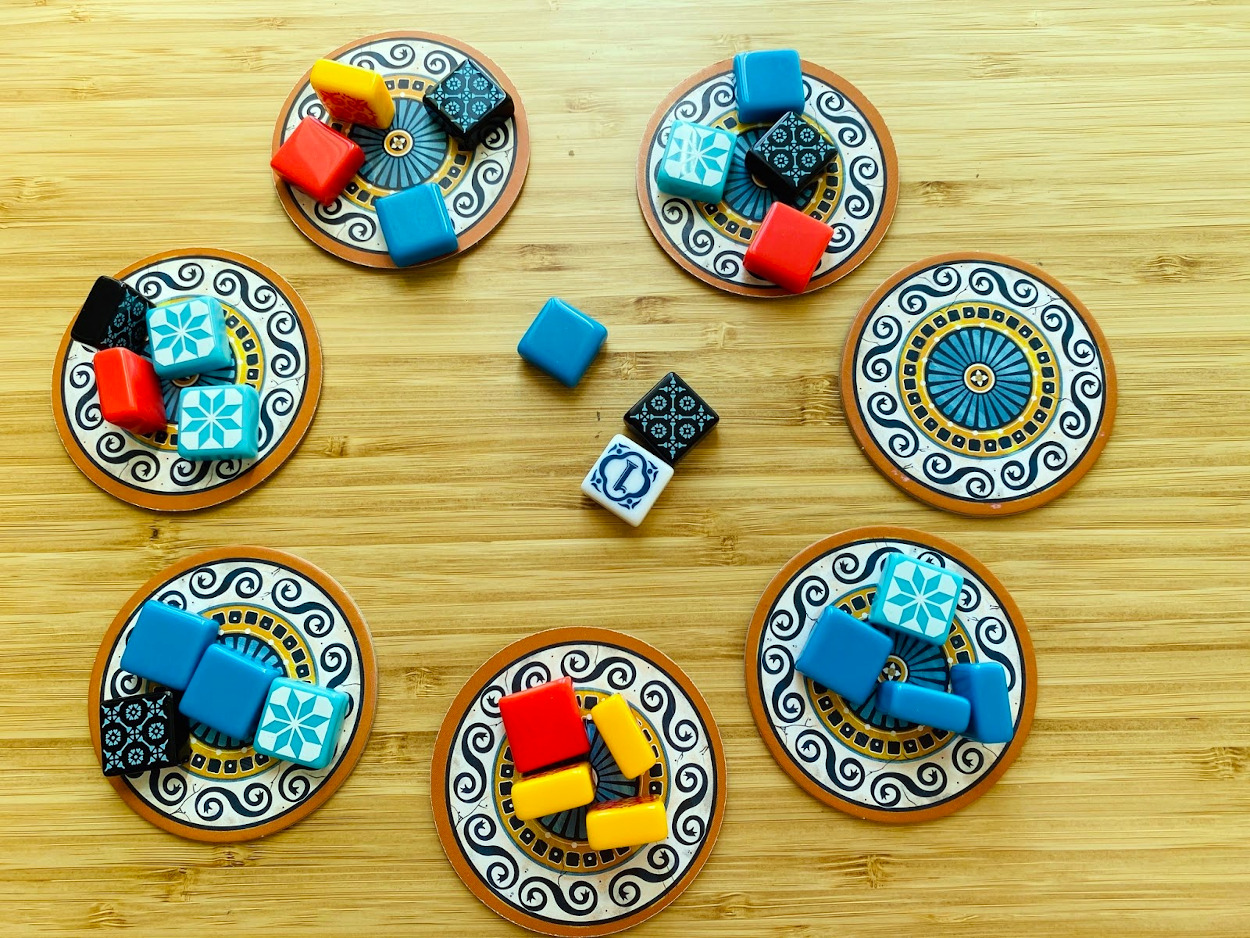 Azul is a fantastic game that can go on any table. You can bring Azul to family dinners, as you can easily play it with children or elders. This game is very welcoming to both gamers and nongamers, it attracts attention with colorful components, very simple rules, and concepts.

I can easily imagine playing it with friends or non-gamers or giving it as a present to a family member that doesn’t usually play board games.

If you enjoy puzzle games and sudokus, you’ll absolutely appreciate the math and logic of this game. The game is charming, entertaining, and challenging at the same time. It does not over-promise and delivers exactly what it says: a perfect puzzle.

Azul is a great addition to any game collection and is an excellent way to introduce board games to people who don’t have much experience in gaming.