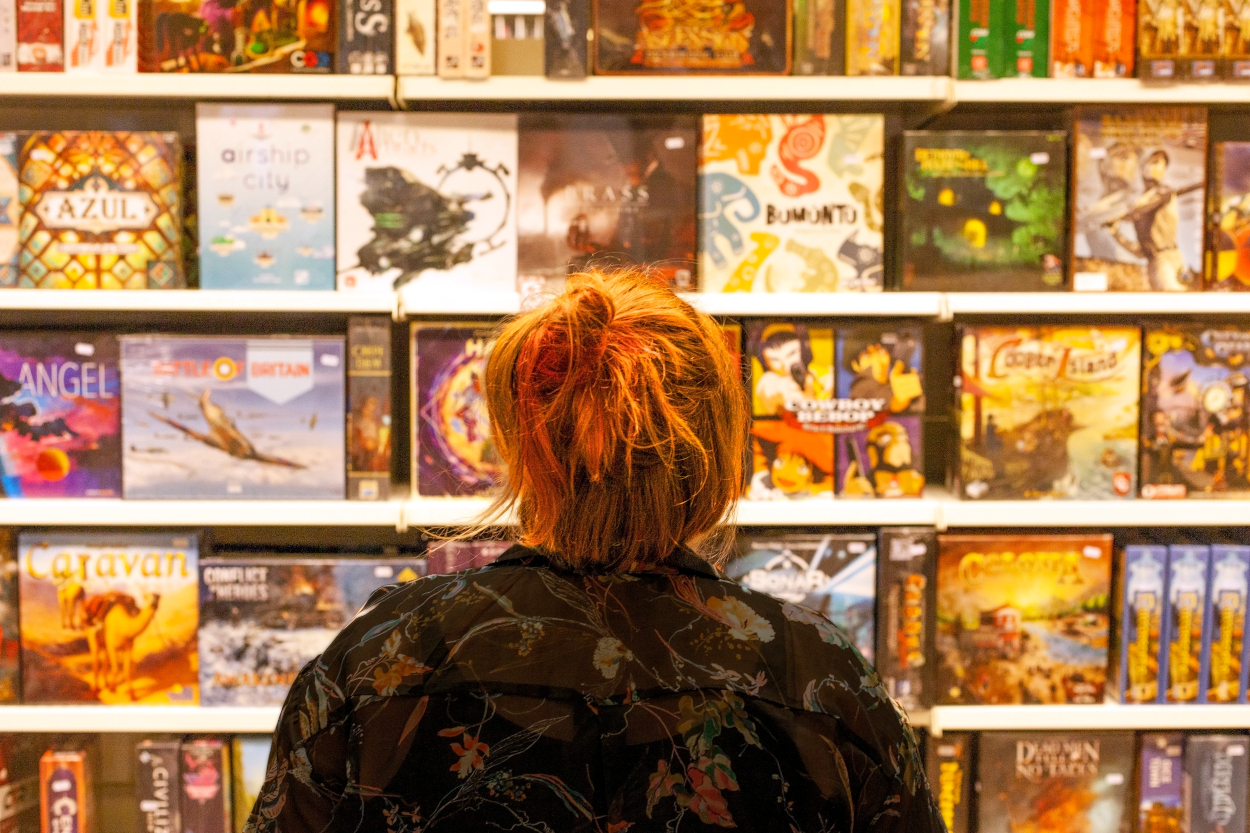 Some time ago we started a journey into the world of board games, specifically, we talked about where to find new games. The question that automatically goes out from the discussion is what kind of games should you be looking for in the first place?

The good news is that there are no rules on how to build a board game collection. Maybe you like Catan and want to get all versions and expansions of it. Maybe you prefer light family games or only games with zombies. No games are mechanic or style is better than the other and the main criteria are how much you like the game. Really, as long as you enjoy playing you’re a board gamer.

As board games come in all kinds of shapes and colors, there’s a lot of choice in the area. I mentioned earlier that looking for the next game is often as exciting as actually playing it and today I wanted to go through some of the most common game mechanics and genres that you could come across. As you play more games, you should find this list helpful for finding new games similar to what you already like or something entirely new.

So let’s get started.

It’s probably obvious that games can differ on “weight”, or complexity. A game that you can learn in 5 min and play in less than an hour is generally considered light. A light game is perfect for a family evening, many people getting together, or even just the two of you just having a break. The light game does not mean there’s no strategy, it mostly means that there are fewer details, rules, and things you need to keep in mind. In fact, most non-gamers get into a hobby by playing lighter games as they’re easier to grasp. There’s no defined principle of how to identify a light game, but as a rule of thumb, anything that has a weight of less than 2.5 on BoardGameGeek is considered to be on the side of lighter games.

The opposite case is a heavy game that requires a couple of hours of learning and then even more hours playing. Heavy games bring depth to the table. These games build the world around you just as a good video game might do. There’re many details and not a single way to win. Heavy games are what often keeps people in the board gaming hobby, yet they require a significant time commitment.

Following, in this text I’ll follow the same descriptions as established earlier. A light game is a game you can learn in less than 15 minutes and that is played in less than 1 hour. A heavy game is an opposite.

Most popular mechanics in board games

When I talk about board game mechanics, I mean a (core) principle of how a player plays the game. There’s a hundred named mechanics and if you’re interested to learn more, you can take a look at BGG’s full list. Today we’ll go through the most common core mechanics you can find in a majority of games.

Engine building games are often what people imagine when talking about board games. In practice, Engine Building means that you build a system (for example, economy) to work as an engine, so it gets more and more robust and gives you more and more resources. Although not all Engine Building games are economic, most economic games have engine building as a core mechanic (and Monopoly is a simple example of such a game).

Deck Building is another extremely common mechanic related to card games. In deckbuilding games, you assemble your own stack of cards to get the most points, power, or any other game tokens. Most common card games (for instance Pokemon, Magic The Gathering) are attractive to people as you can build your own deck (or army) and customize it the way you want. However, not only pure card games have such a mechanic and many board games feature it as well.

A core mechanism of worker placement games is that you have a set of “workers” (meeples, characters, tokens) that you can add to a board’s features to get the benefit. Often, the trick is that the number of workers is limited and you have to act faster than your opponents to do what brings the most points.

In cooperative games, players work together towards the same goal and often win simultaneously as soon as they reach the goal. Cooperative games are the opposite of competitive, where players compete and there’s typically only one winner. An important sub-section of cooperative games is semi-cooperative (semi-coop), where players should be working together however there’s an important circumstance that interferes with the work, trust, or changes individual’s goals. In simple words, that often means a betrayer in the team or a set of individual goals.

War Games, as you might have guessed it, encourage direct conflict of parties. Often they depict some historical era (e.g. Ancient world, World War), but can also be easily themed as fantasy or any other fictional worlds. The gameplay of a war game is usually a mix of strategy and combat, thus often war games tend to follow a category of heavier games.

In legacy games, players follow one (or several) campaign over a course of multiple games. Although legacy and campaign games are different, they are mostly driven by the story or narrative as players discover how events unfold or reveal games’ secrets. The main difference between the two is that in legacy games players permanently alter the game: alter rules or components, or both. Legacy games are often non-replayable due to many reasons: some components change over the course of the games, or simply the game is too long to go through again if you know the story (that’s valid for campaign games as well). Such games are very close to giving a video game experience, if you’re looking for such, with a sense of progression over gaming sessions.

Heavy games: Charterstone, Near and Far, Gloomhaven, Lord of the Rings: Journeys in Middle-Earth

So here it goes, I hope you could find some new ideas on what games to play in the future.