Fog of Love - Romantic Comedy as a Board Game

I heard there’s a game that will let you play as two people building relationships, the next day I was in the board game store. Fog of Love came to me when I was already “heavy” in the hobby and it felt like a breath of fresh air among all the fantasy world, zombie, strategy, and adventure games that I was in love at that time. And… it conquered my heart.

In Fog of Love, you and your play buddy will take the role of a couple that is building a romantic relationship. It’s in your hands how the story will go from here.

This game turned such an exciting and complex part of our lives into a game and has done an amazing job. 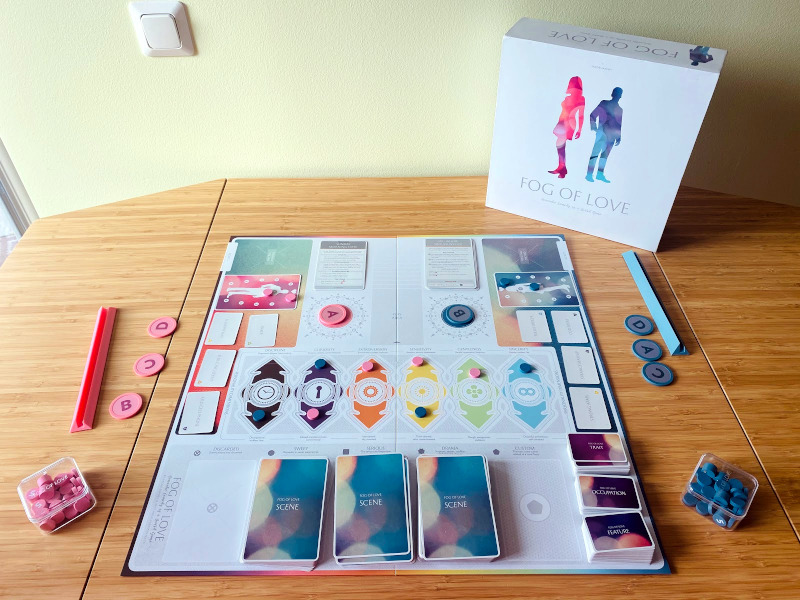 In this game, you and your game buddy create two characters that fall in love with each other. Now, what happens after that is the game. Will you take them through a honeymoon relationship and build together love that’s talked about in the books? Will you loudly and gracelessly lead them to an unjust breakup? Do you feel that only one person is building love and the other one is just being selfish? Yes, that’s exactly the questions you’ll be solving in this game for your two characters.

The game starts as you define yourselves and each other: who you are, where do you work, what’s your inner strengths and weaknesses, and what traits of appearance attract your partner in you. That’s when insecure comedian Jane with golden teeth got the attention of a tattooed waiter Jake. The stories can be endless. 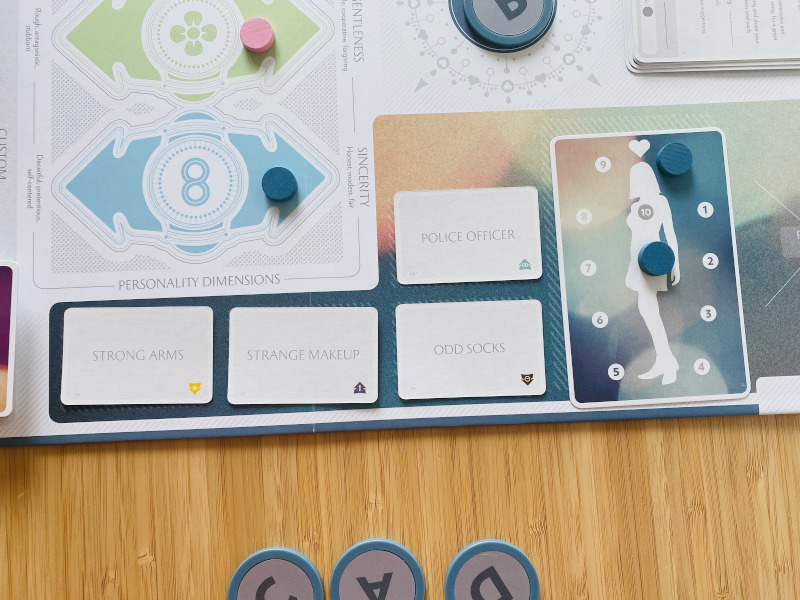 Now you are starting one of the three narratives from the core box (or any of an additional three from expansions). The narrative is like a short challenge of what your couple is building together. The tutorial narrative starts as your characters have just met and are going on the first date. It’s up to you to decide how their relationship takes on from here. 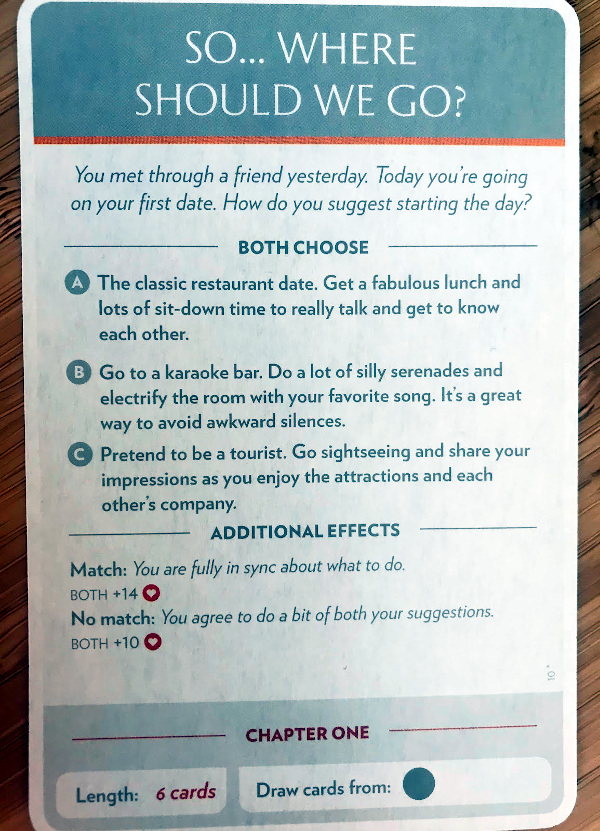 The gameplay is essentially solving this type of situations your characters end up in.

And just as it is a game, there’s a winner(s) and a loser(s). Your goal is to realize the potential of your character and their ambition in the relationship. A lot of that would depend on how successfully you push your own agenda or satisfy your secret traits of character.

When the game ends and you reach the final chapter of the story, you calculate points, reveal your secret traits, and what you think your relationship destiny is going to be. Will you live happily ever after, build a strong caring relationship, or essentially will this be the end of your couple? Anything is possible! 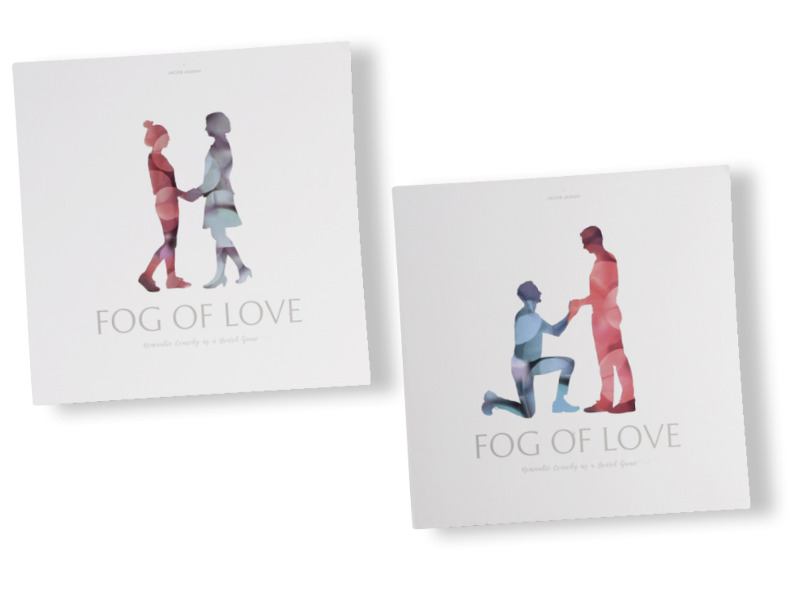 What you should be aware of

You probably understood by this point that this game is not a typical board game. It’s probably the most extraordinary game in my collection.

It captures a very unusual topic in gaming, romantic relationships. Relationships are quite a difficult thing to capture, let alone to build a board game around it, but the people behind the game have absolutely created a miracle.

Fog of Love definitely talks to a different audience than stereotypical gamers. While it still stands on the side of lighter games, it definitely invites many non-traditional gamers to try it out.

It’s simple to say that if you love romantic comedies, you should try this game, but it’s not just that. If you love crafting people’s stories or just enjoy storytelling, you could have some of the best game time in your life (like I did). Maybe you want to have a great time with your partner or a friend, maybe you want to bring this on a date or to a cozy party, the choice is entirely yours.

After all, if this sounds like your cup of tea and you got the right company, I can promise you will have an amazing time with Fog of Love.