The Prerelease for Core Set 2021 is just around the corner and this week the Poroscope will cover the most interesting new cards from the set. You can sign up and read the prerelease info here.

Core Set 2021 pushes some powerful cards to MTG. There are also many powerful reprints which we will deal with later - this article focuses on new cards and there are also plenty of those.

These are the picks by the author: 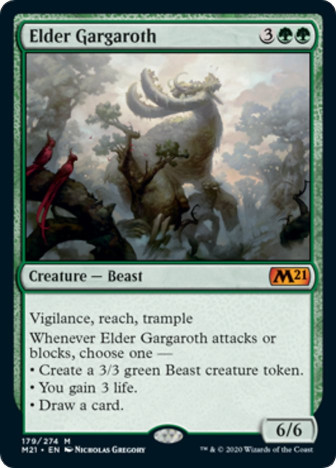 Green gets a nice five mana 6/6 with a pile of keywords and that's not even all this card gets you into. On top of that, this beast gives you a selection of modes to choose whenever it attacks or blocks. With Vigilance, this card can attack and block with the same turn cycle gaining a nice amount of advantage in the form of cards, life, or creatures. This card is probably bonkers in limited and even though it doesn't win the game straight up I would still include this card in all the green creature-based decks that can handle the mana cost.

White has suffered from lacking in card advantage for a long time making it pretty hard to create a mono-white deck that doesn't lose because of card advantage. Mangara, the Diplomat offers some potential in card drawing by costing four mana. the 2/4 Lifelink body is also kinda relevant for blocking small creatures. If your opponents are about to attack you or cast multiple spells in a turn, this card might draw you a bunch of cards and I will definitely try this one out in my own hate bears deck! 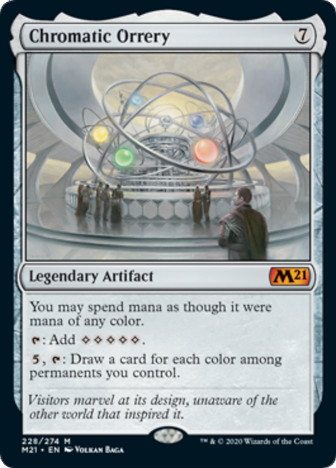 If you have a Jodah, Archmage Eternal commander deck this card is an auto-include for it! This card seems to be tailored for five-color commander decks (especially Jodah for their Fist of Suns ability). It also gives you the possibility to draw for example five cards with five mana activation if you happen to control five colors among your permanents. In cEDH, this card probably sees no play but in more casual games this will probably see a ton of play!

Peer into the Abyss 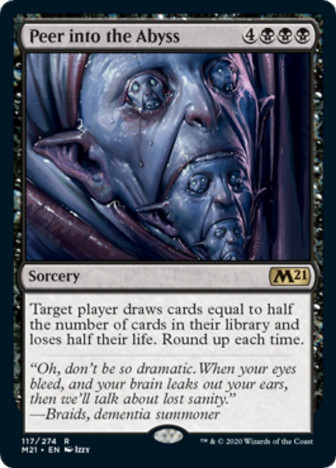 This is a card that I probably wait for the most from this set especially cEDH in mind. Seven mana and Sorcery speed make this card heavier to cast than Ad Nauseam, but on the other hand, this card draws way more cards and can be played with only two life points left. As the Ad Nauseam is usually played on the player's own main phase as well, the sorcery speed should not be that big of a problem. Deckbuilding wise, this card requires more mana to be cast and to continue to go off but if the deck has some good amount of mana acceleration left this card should be able to find it. There are some weaknesses as this card can be easily misdirected to some other player or answered with Notion Thief or Alms Collector. Some bonus points for the psychedelic artwork!

Vito, Thorn of the Dusk Rose 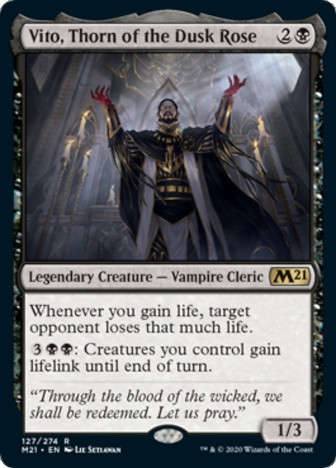 Exquisite Blood and Sanguine Bond are a classic EDH combo and a wincon in some decks. Vito can be played as the general for a mono-black deck thus requiring only to find the Exquisite Blood and damage to settle for the win. Optionally Vito can be included in the 99 as well. The activation cost is rather expensive so outside the combo Vito isn't probably too strong as a commander. In a lifegain deck this card fits pretty well so I think we will see this card in the future! 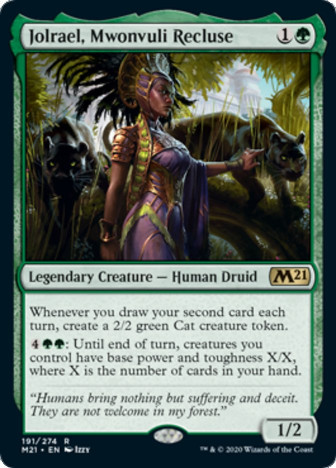 Jolrael seems pretty interesting card because of its low CMC. Also, the six mana activation is pretty similar to Mirror Entity though it doesn't really make all your creatures changelings until the end of turn. In some ways, the card still feels pretty nice and it might be that some kind of card drawing, token generation and mana dorks playing EDH deck might see play with Jolrael on the Helm. 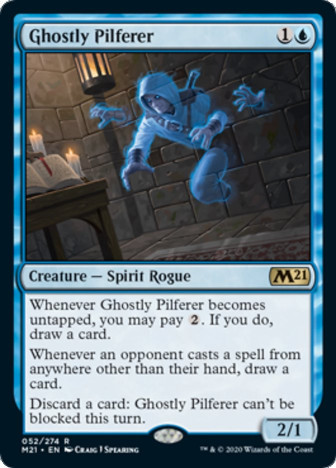 Ghostly Pilferer is probably designed to somewhat answer the escape mechanic in the standard format. But is it enough in commander? At the moment the cEDH decks at least in Finland are pretty focused on the Underworld Breach and Brain Freeze combo. When the combo kicks in the Ghostly pilferer probably draws a lot of cards but it is possibly too late already. Also the card draw trigger for two mana similar to the inspired mechanic may not be strong enough in EDH. We will see if the card becomes some kind of niche card or is it just not powerful enough. 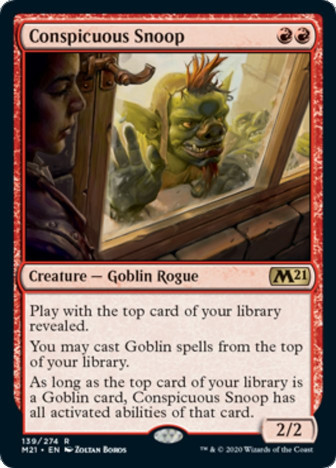 Goblins got reinforcements! This goblin seems to be pretty auto-include to all goblin-themed decks by offering card advantage and possible combo potential with Kiki-Jiki, the Mirror Breaker. Besides this, this card doesn't really demand more introducing! 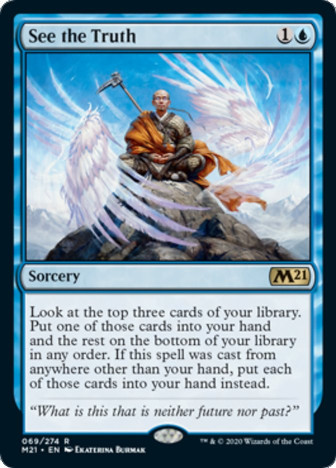 Two mana cantrips see some EDH play. See the Truth is pretty strong if the player has a way to cast it from the grave. Otherwise this card is a bit sluggish compared to the one mana cantrips. If you can cast this from your grave for some times it's definitely worth it. Otherwise probably not.

Exceptionally, Core Set 2021 single boosters and booster boxes will start selling as early as Friday 26 June. This applies to both store pick-up and online orders, ie boosters will start to ship as early as the end of the week! The release date for other products and single cards is 3.7. All products can be pre-ordered here.

I wish an awesome Core Set 2021 prerelease week and summer for all Poroscope readers!