Just recently, I got a fresh copy of a newly released board game Forgotten Waters. The game was published this year by Plaid Hut Games, which owns my favorite game of all times, Dead of Winter. You can imagine how excited I was to see a pirate-themed crossroads game!

Now let’s get to the actual game. This game was something I was looking for for a long time. It’s a perfect blend of a good narrative, fast-moving scenario, a bit of role-playing, LOTS of humor, and (drumrolls) an app with a voiceover that reads out loud the story with a pirate accent. Just by knowing this already, I’d be running to grab a copy.

You are a pirate going on an adventure with your mates, trying to uncover the secrets the ocean holds. You win or lose together as a crew, but at the same time, you’re advancing your pirate skills and trying to solve your personal quest. It’s a cooperative game and you need to work together. If the team focuses too much on their own agenda, the chance that your ship will sink is quite high (and then, for obvious reason, you will all lose).

So as I just mentioned, the game ends as soon as you complete your mission defined by one of five available scenarios, or if something unfortunate happens to your crew, for instance, mutiny on the ship, an enemy ship catches you, your ship sinks or you simply run out of time.

The state of your ship and crew is defined by a few measurements: state of hull, supplies, cannons, crew, and their discontent.

From the start of the game, each of you, pirates, would get a character sheet that you are supposed to fill in as the game progresses.

Here’s an example of how a pirate sheet looks like. You get a bunch of those with the game and can print more from the app. 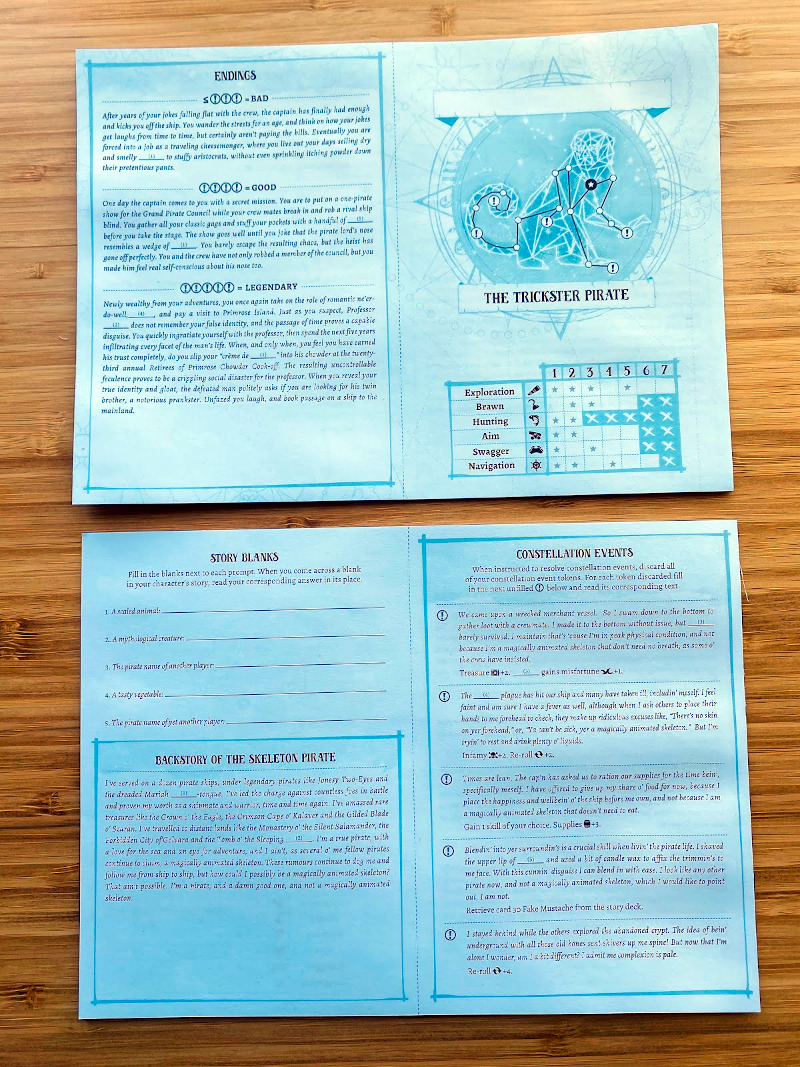 Your personal goal is to solve your life’s mission that is defined by your pirate skills progression and other events in the sea.

Your team, in the meantime, is working towards a common goal. While you’re on it, you travel across the sea, come across storms, inhabited and uninhabited islands, sea creatures and mystic places that I won’t tell you about so that you can discover it on your own. 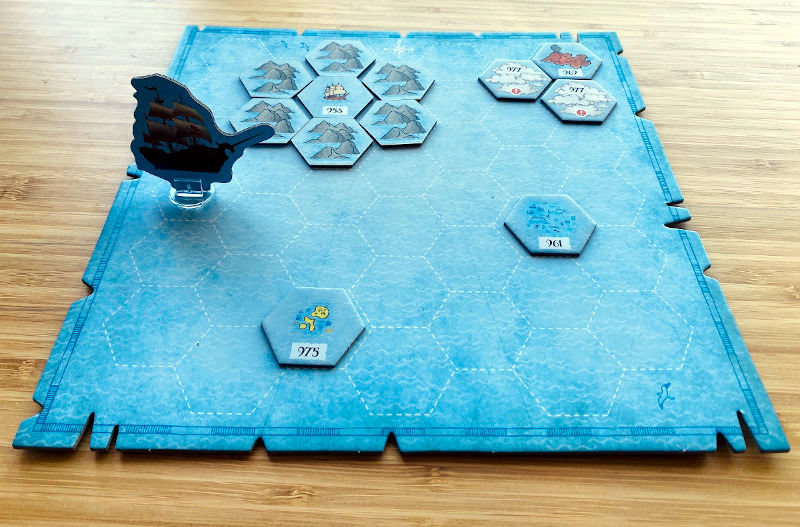 At each location, you have to quickly (and that’s important) decide what each of you is going to do. No matter the play count, you have only 40 seconds to distribute roles and actions. That’s just icing on your pirate cake, as you just need to move fast and decide on the go. 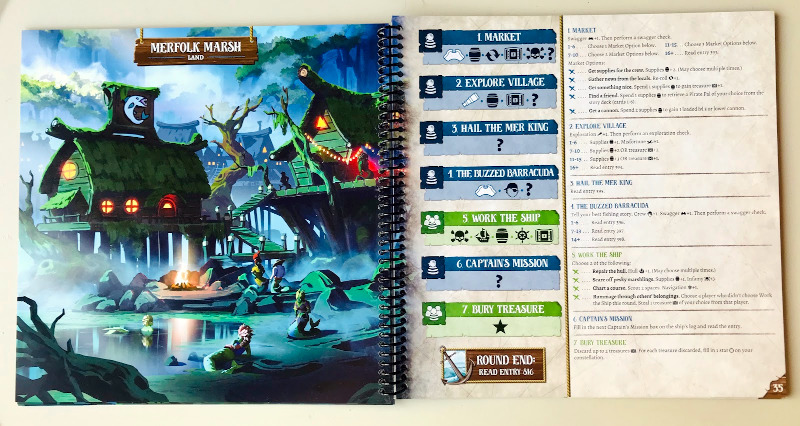 One of the many locations that you will come across during your game.

Each location can have multiple missions and roles available, from feeding the crew to exploring new areas, fishing, fighting squirrels, and many more. That’s, in short, the whole game. You explore, level up, and fulfill your mission.

I just want to say yes. This is a 2020 game that’s a must-have or must-try for any board gamers.

This game is very simple to learn for those who’re a bit afraid of complex games. It has an amazing narrative and story for those who love board games already.

It’s a game about cooperation but also everyone has personal missions. There’re pirates and humor. There are risks and rewards.