The series of Top 10 Commander cards for each color are reaching the final episode as we dig into the green commander cards in this Poroscope article!

Green as a color specializes in ramping and big creatures. Decks that usually win with combat damage, green ones are usually top tier as they can do a ton of damage to multiple opponents in the same turn. As a supporting color green offers some amount of recursive cards and also protection for combos! The green plays well as supporting color but is fairly strong as a mono-color as well.

In Deck Check, we will also cover a tasty mono-green commander deck. 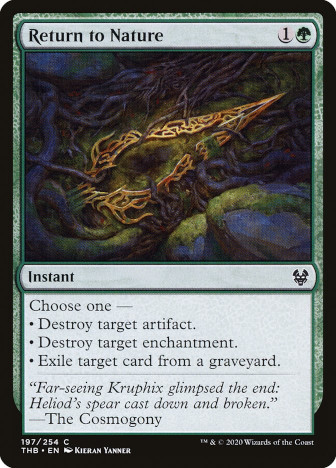 This card is a fairly new removal spell that can hit many different targets - including vital combo pieces in players' graveyard! It is a flexible multipurpose card that usually finds a target pretty easily. 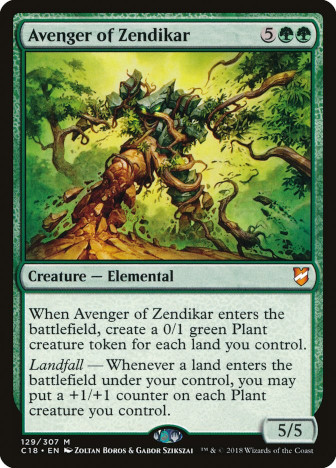 Avenger of Zendikar is usually paired with Craterhoof Behemoth to get a massive boost for all of your creatures in power and toughness! On its own, it is also powerful because of the landfall trigger for the tokens it creates. 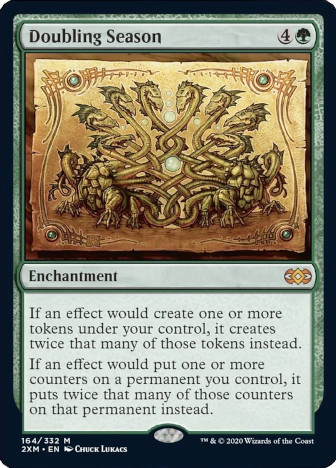 This card requires to build around but is probably one of the most powerful enchantments you can play with your planeswalkers. How about a straight-up ultimate for your planeswalkers? How about double counters for all of your creatures as well? This card will run away with the games pretty fast if unanswered! 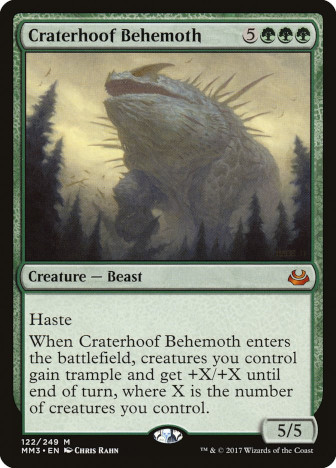 This is probably the most common wincon for creature-based green decks! This thing can be tutored with Natural Order, which is also common for the Legacy Elves deck as well. 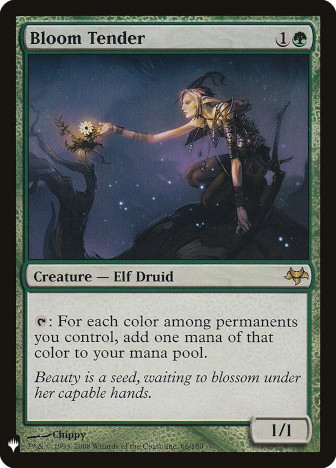 For multicolored decks, Bloom Tender is probably the best mana dork you can get. It can provide up to five mana, but the 2-3 mana you usually get out of this is still pretty good. If you get to untap your elves or any creatures, Bloom Tender gets even better. 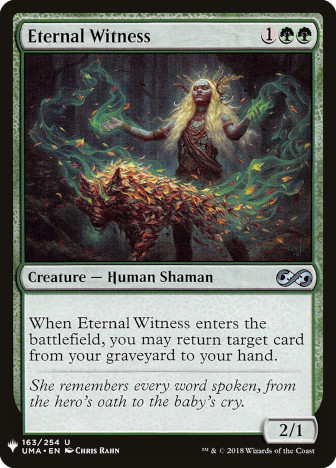 E-witness is probably the best regrowth effect in MTG, as it provides you with an extra 2/1 body. You can also blink it, reanimate it, return it to your hand, and play again! 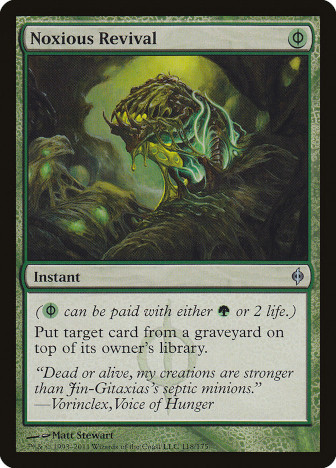 This card has many more purposes that you can see at first glance. You can use it to interact with an opponent's combo, put a bad card on top of their deck for their draw for their turn or return your best card from the graveyard on top of your deck. Phyrexian mana means, that you can virtually play this for only two life points - in commander, this equals to "cast it for free" in most of the cases! 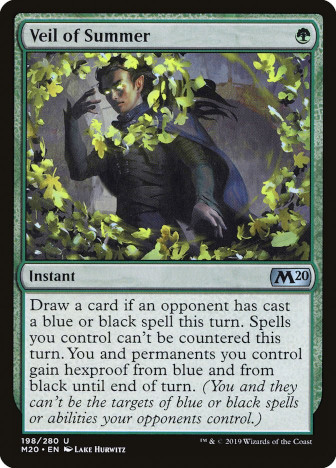 Standard and Pioneer got hosed by this card and eventually, it ate the ban hammer. A one-mana cryptic command is probably one of the strongest cards printed for green and just costs one mana. It ruins the counterspells, draws a card, and even protects you and your creatures from blue and black. Even though it isn't that popular in commander, it is pretty easy and free to include almost to any deck possible. In the worst case, it just cycles itself for a card. 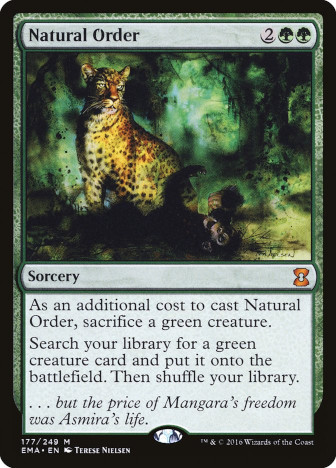 Possibly the most broken of green creature tutors. You get to easily find your winning card to the table or at least something big and nasty! 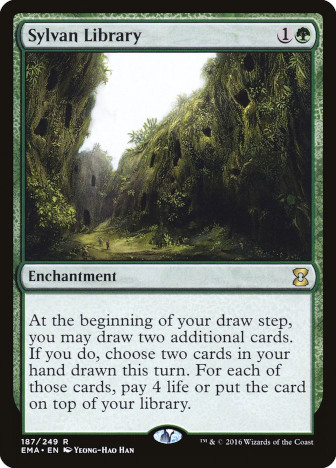 From green card advantage cards, the Sylvan Library is probably the best. It lets you draw extra cards if you pay life to it and if you don't want to pay life, you get a free look for extra cards each turn. With fetch lands, this works even better but is a solid choice even without them.

This week our Deck Check will look into mono-green deck that is probably somewhat well known from the gaming area of Poromagia. This Nissa, Vastwood Seer commander-deck owned by Jyri Lind focuses on ramping and big creatures (or spells that search for big creatures), trying to develop mana advantage to get all of them bombs out on the early turns of the game.

The easiest win con of this deck is the classic duo of Avenger of Zendikar and Craterhoof Behemoth. Also the ultimate from Nissa is a way to win the game with combat damage.

The deck is very well designed and it plays to it's game plan very well. In the first couple of turns the deck might play only ramp spells but the important cards have a huge impact on the board state. It is worth noting that the deck doesn't play any mana dorks so spells like Selvala's Stampede and See the Unwritten hit usually better threats.