What if you could explode kittens? Honestly, I can’t imagine how such an idea came to designers of the game we will be talking about today. Even more absurd, this game has now conquered the hearts of millions of people from all over the globe. Meet the game of today: Exploding Kittens. 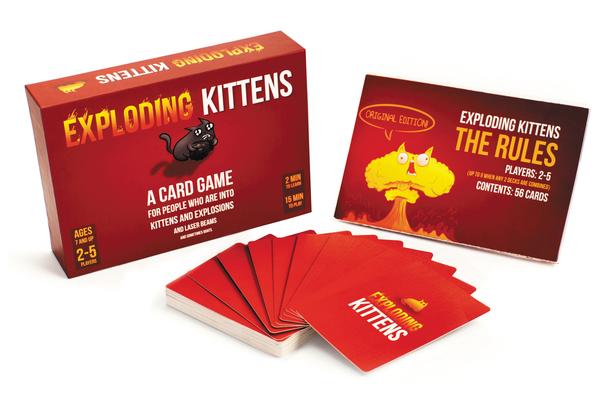 Looking at the games’ bizarre and humorous illustrations, it’s easy to skip it among now tens or hundreds of colorful card games. Don’t do that. This is a hidden gem of card games, a highly competitive and addictive game, poker if you had potato cats and explosions in it.

Exploding Kittens won the attention of board gamers when early in 2015 designers launched the game on Kickstarter and broke all records. Up to this day, this game holds the record as the most-backed project on Kickstarter with 219 thousand backers. Since then, many more millions of players have started to explode kittens.

Let’s take a look at why this game is so popular.

The game rules are very simple: don’t explode. You will be drawing cards from the deck in turns and the one who draws an Exploding Kitten, well, explodes and leaves the game. 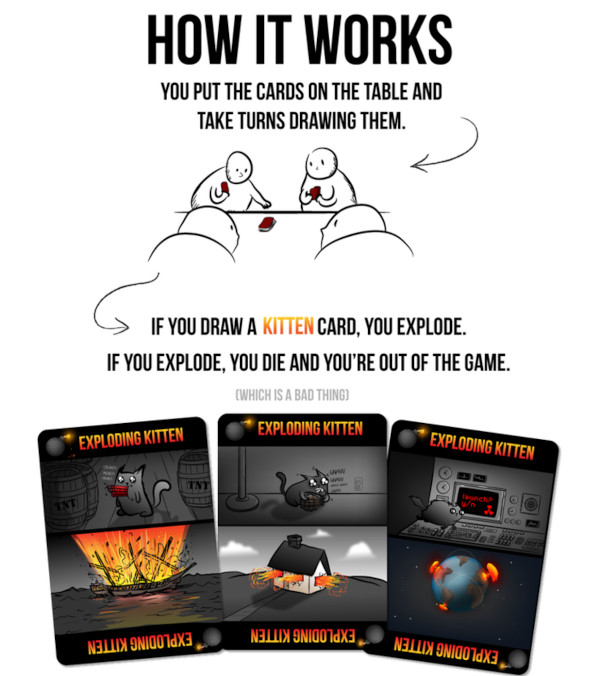 At the same time, all players start with one green Defuse card that allows defusing the exploding kitten once. During the game, you will get more cards with a variety of actions: all the way from skipping your turn, making your opponent take several turns, stealing cards, and many more. Essentially the game goal is to make your opponents explode before you do and you will have all tools to do so.

The full rules of the game are extremely simple and easy to learn and follow. Here’s a 4-minute video from creators of the game explaining the rules.

Exploding Kittens is a very light game for 2 to 5 players that lasts 10-20 minutes. All the cards have an explanation text and you can teach it on the go. It is a great game for a night with friends or even with family. 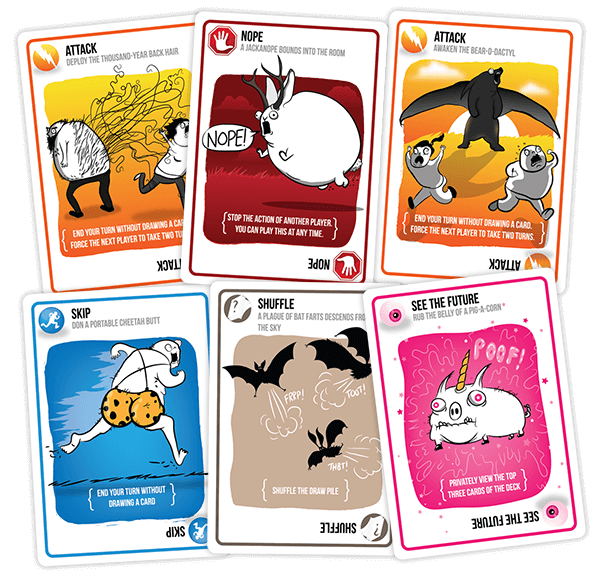 If you are still unsure if you need this game, the creators have just released a mobile game of Exploding Kittens. You can try out the game playing online with others before you get your own paper copy to play with your friends. 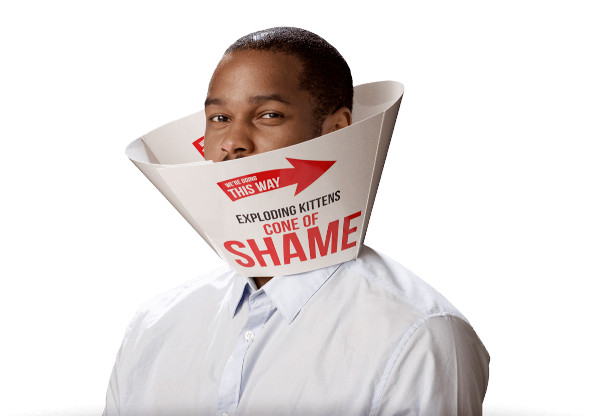 What to beware of

It’s a fantastic light, silly and enjoyable game that can easily entertain you for hours at family gatherings and parties. It’s a game that you can always put on your table if you’re together with your gaming buddies or friends that never play games. It’s super easy and extremely fun, and it’s a must-have for me!