Magic: the Gathering for Board Gamers

Card collectors usually stand in their own camp of board gamers and it’s common that board gamers avoid card collecting games like Magic The Gathering. But is it justified?

I have always been a bit afraid of these types of games. First, how do you start? How do you build your own deck if you never played the game? How do you diversify your experience if you manage to put together a deck?

But then, a friend of mine taught me how to play Magic and I loved the game. Yet, I was still afraid of the starting point. What is that #1 step into the Magic world?

Meet Magic The Gathering Game Night. My new favorite game and the game I’ve played literally every day during the last 3 months. 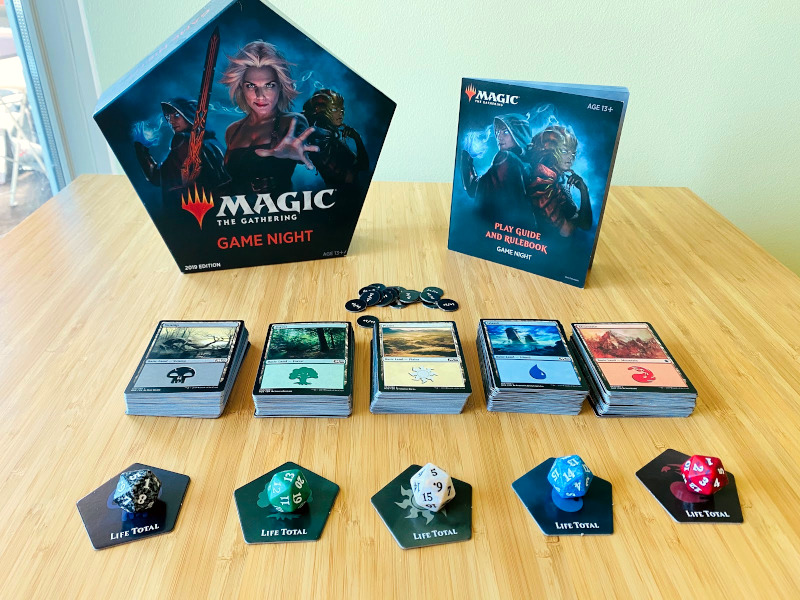 If you’re not familiar with Magic The Gathering, it’s a deck-building card game. The game is essentially a battle between powerful mages who cast creatures and spells by drawing magical power from natural sights around them.

Magic The Gathering is not just another card game, but it’s one of the first and most popular card trading games in the world. Despite being released in 1993, it has a massive community and constantly releases new cards. The game is so big, that you might see a Disney movie or Netflix series about its world within a few years.

If you are unfamiliar with the Magic set up, let me walk you through shortly. There are five elements that you can draw magical power (mana) from. Depending on how much mana you have, you can cast spells and creatures and fight your opponent, draining them of life force. 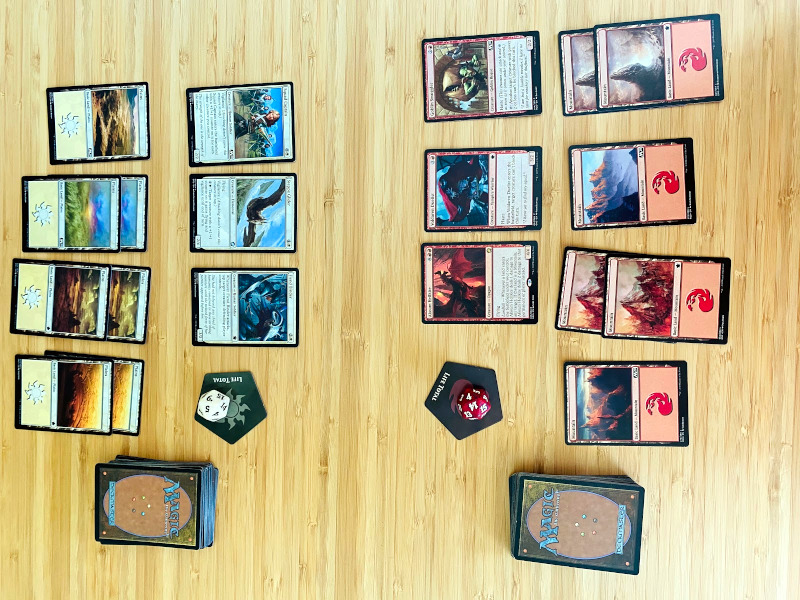 So out of all this world has to offer, why should you try Magic The Gathering Game Night? This game is an extremely simple way to try out all the best parts of the game without spending hours searching for the right cards and equipment (although, to be fair, you can just pop by your board game store and ask to put together a starting pack).

Game Night comes with five ready-made decks, dice, and tokens, in other words, it has all that you need to start playing it out of the box. And the game actually comes with a beautiful box! I know the pain of not being able to store a game in a box, heard from many board gamers, and experienced it myself with my other favorite card collecting game, Arkham Horror The Card Game.

Just like any other board game, it comes with rules and suggestions for advanced play. Once you master the five ready decks, you can start mixing them together and try different combinations of cards. You can play it with up to five people and as it has quite simple cards, it’s an awesome choice for an actual game night. You will be able to explain the rules and in 5 minutes you’re ready to start playing the game. 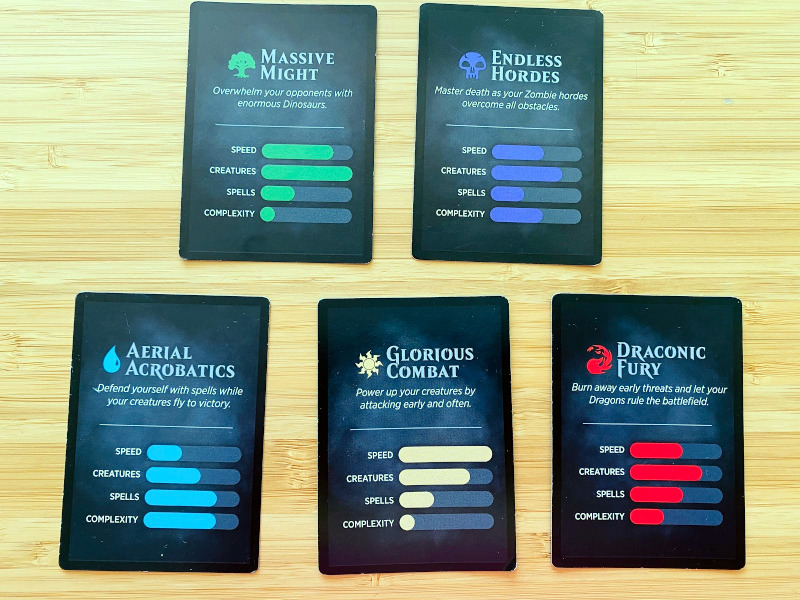 5 ready-made decks come with their own play descriptions. 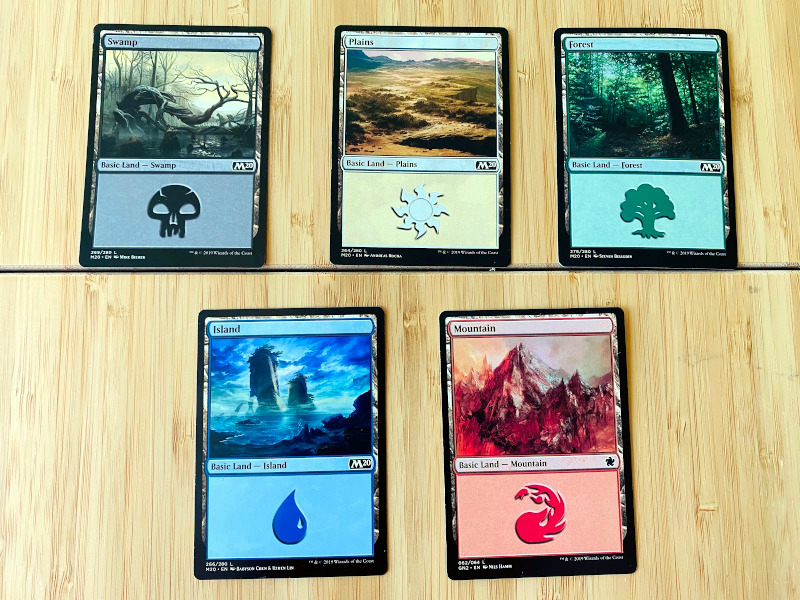 Magic power can be drawn from five elements.

There are many great Magic products to get you started with your collection. We picked a few recommendations to give you some...

If you ever wanted to try a card game but weren’t sure where to start, Magic The Gathering Game Night is right for you. It’s an amazing game that holds your hand as you explore the fascinating world of Magic, loved by millions from all corners of the world.

It’s also a game for you if you wanted to have a light game for your friends to spend nights on. Very easy to start, it’s just a great game by itself, absolutely worth a place in your collection.

Editor's note: If you want to delve deeper into Magic, we recommend checking out our Loitsijan polku -series about getting started with Magic. The series has 20 episodes and it has been published in Finnish.