If you read my Tapestry review, you know that I’m a huge civilization games fan and have played video and board games on this topic alike. What I have loved the most in those games is the early development of your empire, the ancient world. I’ve been an avid reader of ancient mythology and history for as long as I can remember. And then I found the games of 7 Wonders.

7 Wonders Duel was one of the first board games we got to brighten up the evenings much earlier than I started to call myself a board gamer. And it turned out to be one of the best games I played even today. 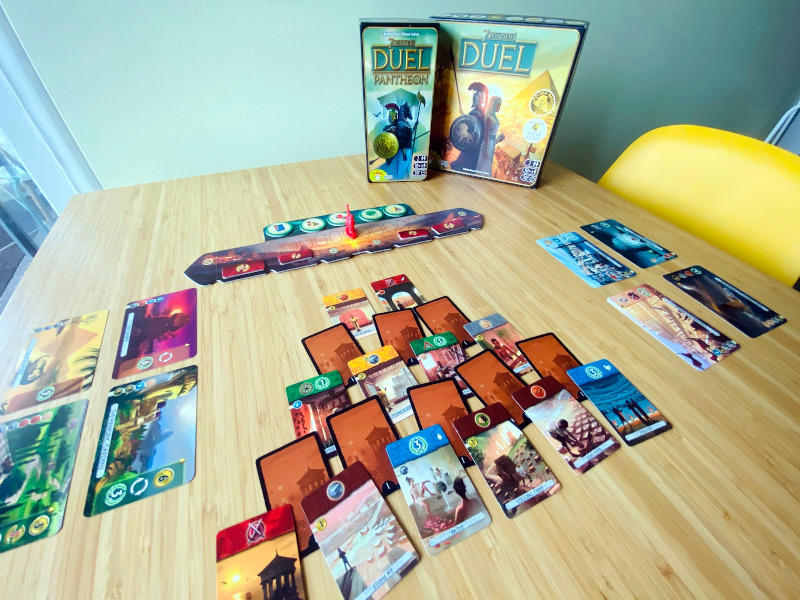 You are leading your people to prosperity by building the city to stand the test of time. You progress by constructing wonders, fighting your opponent, or collecting the unique technologies.

During the game, you build your city assets, or structures: anything from a brewery to a temple and barracks. By building the structures that bring your resources, you open up more opportunities and builds. 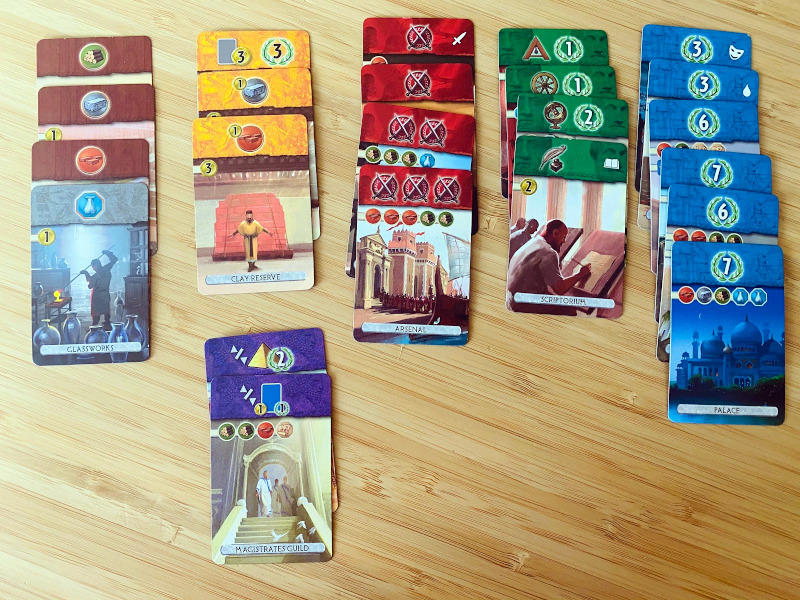 What I love about the game is that there are three ways to win and you have to pay close attention to every move of your opponent.

The first and most straightforward, is gaining the most victory points by the end of the game. The second is to defeat your opponent in a military battle. The third is the scientific victory that is achieved as soon as you collect 6 unique science tokens. Military and scientific victory is achieved on the spot.

All this brought together creates an unforgettable experience: you aim at the faster victory, watching your opponent closely to make sure they don’t get there first and simultaneously trying to get as many points as you can in case you’re there for a long game.

In the meantime, your civilization goes through three ages of discovery, your build wonders that usually grant you super abilities, trade, advance, and go to military raids. 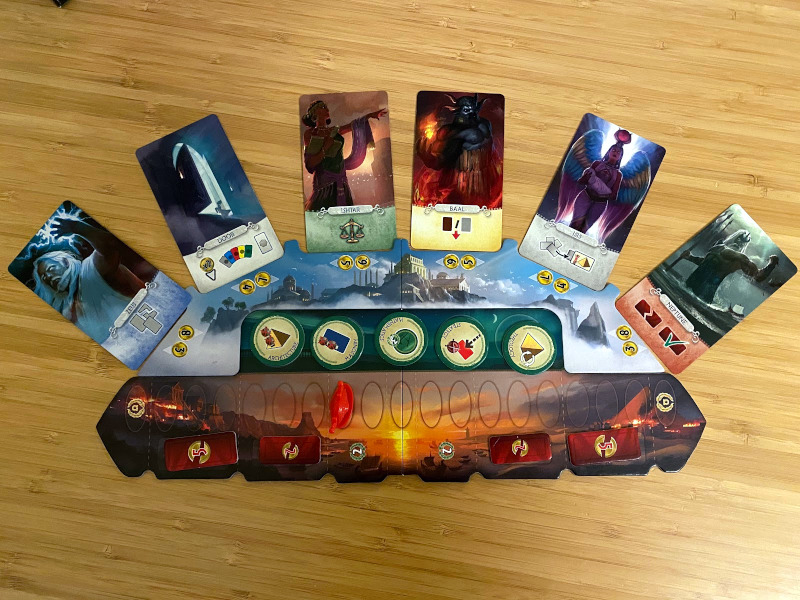 The setup with Patheon gods. 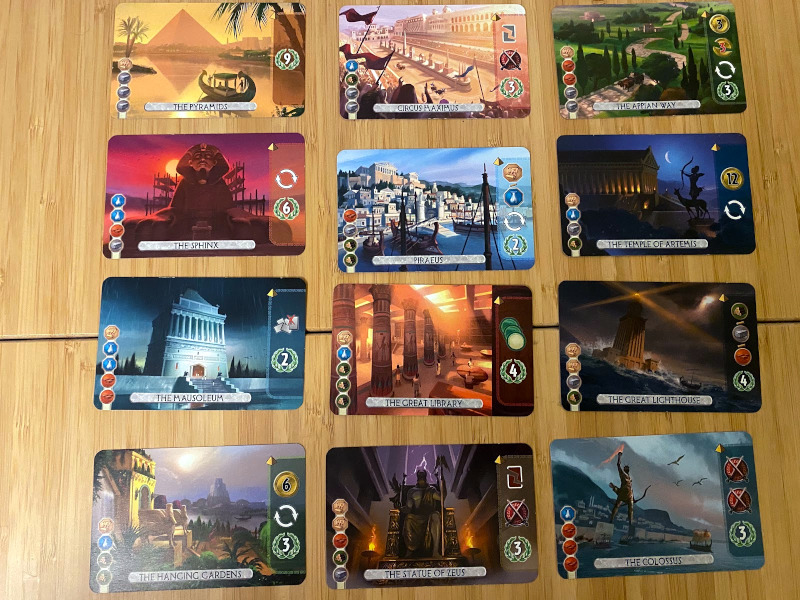 Although you can construct only 7 wonders during each game, here’s the choice of all of them.

Now it’s worth mentioning that there are two games of the same family with slightly different mechanics: 7 Wonders and 7 Wonders Duel. Both are crazy popular, are considered now classics and there’s a good chance you have tried one or even both of them.

7 Wonders is a game suitable for 2-7 people, it’s quite easily taught even to a larger crowd and is very fun to play. It relies a lot on other players and their choices, often even much more than yours if playing with many people.

7 Wonders Duel is a different animal.

If 7 Wonders is a great game, 7 Wonders Duel is an excellent one. Don’t take me wrong, both of them are way above average, both are in the top 50 games of the world, but 7 Wonders Duel just takes it to a completely new level.

7 Wonders Duel is a highly-competitive strategy game for 2 players. It’s very easy to grasp the rules of the game, yet the more you play, the more you understand how to make each turn count.

Is 7 Wonders Duel for you?

If ancient cities, gods, and wonders are as exciting for you as they are for me, then you should try this game out. If you’re a big fan of strategy games or wanted to try one out, then get it today. This game is perfect for light gamers as for those that have been with us for a while. No wonder, it is already a legend among the board gamers.