Most Anticipated Game of 2019 - Tapestry Review

Tapestry has been one of the most anticipated games of the last year and I’ve been no exception to fall under its charm. I’ve been a fan of civilization games of all types from tabletop to video games (hello to Sid Meier’s Civ). That means I couldn’t just let Tapestry go unnoticed and untried. And boy, I’ve played!

Worth mentioning, that Tapestry was published by Stonemaier games, who have previously released a bunch of very good and successful games including Scythe, Viticulture, Wingspan, and Charterstone. Stonemaier has been monitoring the performance and balance of Tapestry very closely and has even released the Civilization Adjustment guide which Poromagia will send you with the game so you can just focus on playing the game. How nice of them! 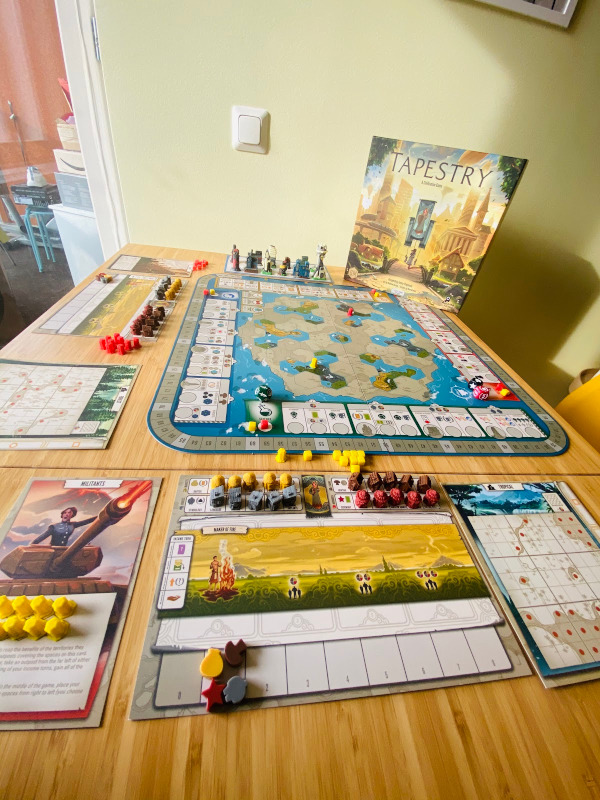 What is the game about?

In the game, you will take the role of a civilization leader taking your people to prosperity. How you will do it is all that tapestry is about. 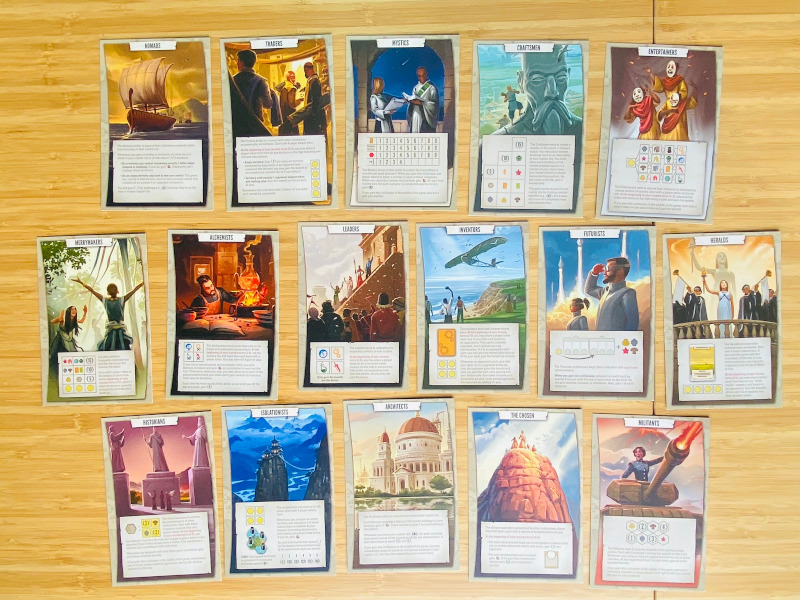 All 16 civilizations that you could play for.

Despite having a complex (on the first sight) board, cards, and multiple components, the game rules are unbelievably simple. On your turn, you will do only one of two things: take an income turn or advance on the advancement track.

Income turn is when you score the points and receive resources from your income mat. You can only do 5 income turns in a game and by taking the 5th turn you also automatically finish your game. The game starts with an income turn and that is the only time you will take the income turn at the same time with all the other players. During the rest of the game, all players can take their own income turns at their speed. 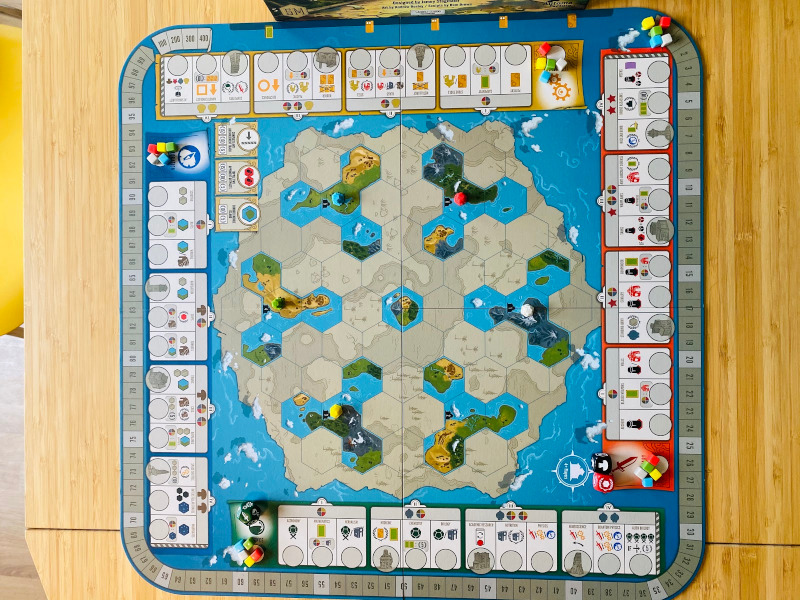 The board with 4 advancement tracks.

Advance turns is when the real game happens. Use your turn and resources to advance on any of the 4 available advancement tracks: Military, Science, Exploration and Technology. Each of the tracks has its bonuses and special traits. Where you would go is influenced by (but not limited to) already played Tapestry cards as well as the civilization abilities of you and your opponents 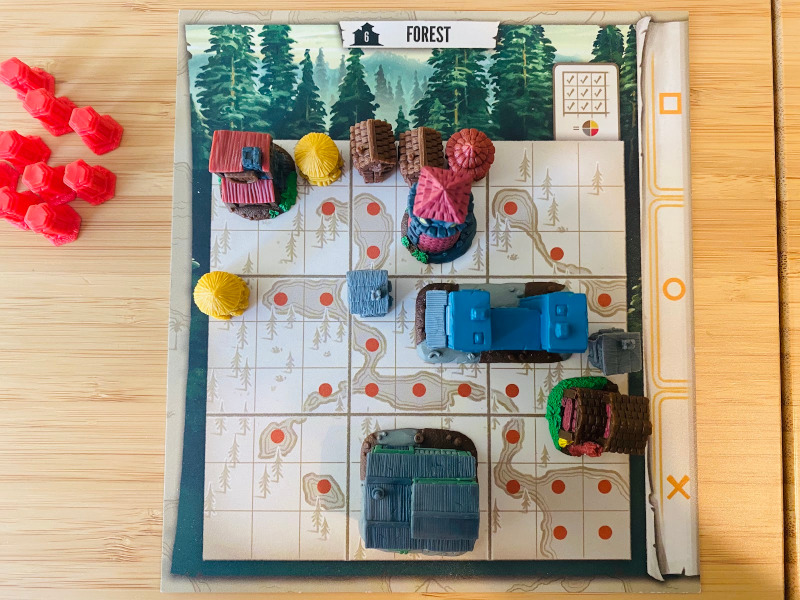 Your capital city: helps you to get resources and victory points.

How you can get points varies a lot on how you decide to play your game. The game ends as the last player takes their 5th income turn. A player with the most points wins. 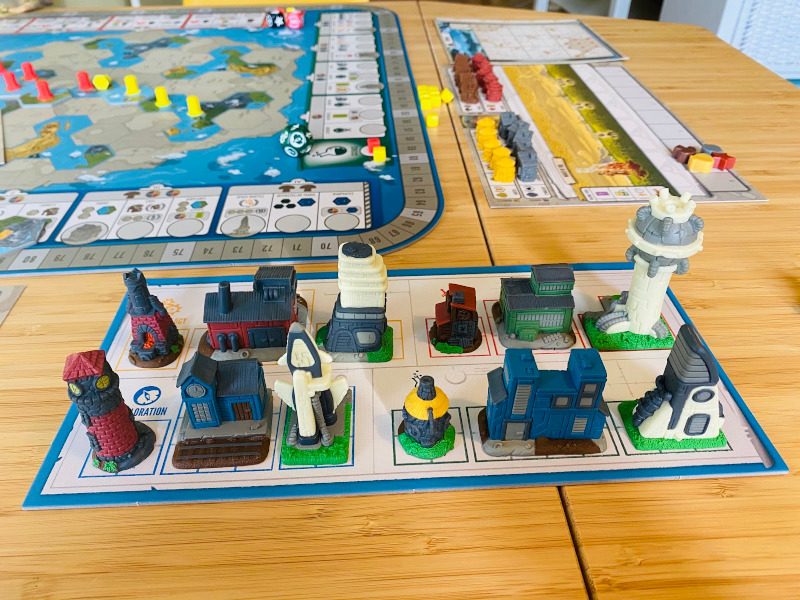 Miniature buildings that unlock as you research technologies. 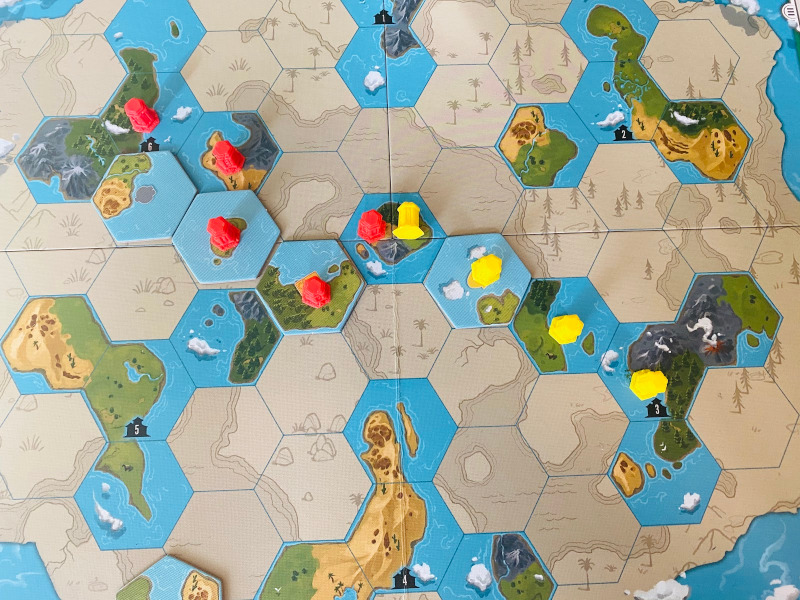 Conquering the outpost of your opponent.

Is Tapestry for you?

I loved Tapestry. Every time we played the game, we were taking different paths and tried new things. The learning curve is very important and it has been a pleasure to discover the better performing combinations of tracks, tribes, and cards.

If you love civilization themes and/or strategy games you should definitely try Tapestry too. This is also a game for you if you enjoy planning and building your game strategy and calculating the future. At the same time, the game is much lighter than typical gamers’ games. It’s incredibly easy to bring Tapestry to your game night and your gaming group will pick it up naturally.